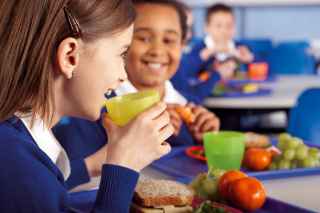 Liberal Democrat Shadow Education Secretary Layla Moran has commented on news that the Government has dropped its plans to axe free school meals in yet another embarrassing u-turn.

“Theresa May was worried that she would go down in history as the lunch snatcher.  Dropping these plans is just another humiliating climb down, in what seems to becoming a long list for the Prime Minister.

“This government has made so many u-turns on so many issues we are all dizzy.  It’s hard to know what they believe any more.

“I believe the Government are right to ditch this damaging proposal, which would have seen more than a million children - including many who are living in poverty - deprived of a hot, healthy meal in the middle of the school day.

“The Liberal Democrats fought to introduce free school lunches for all infant school pupils during the Coalition because it has been shown to boost health and educational outcomes and because we want to ensure every child gets the best start in life. Now we urge the Government to go further and extend free school lunches to all primary pupils, to ensure these benefits are even more widely felt"