Single Tenants in Hackney Feeling the Squeeze as Brexit Bites. 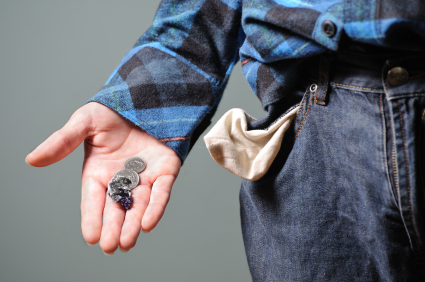 A recent analysis by sellhousefast.uk found that single tenants in Hackney sacrificed more than 81% of their monthly salary on rent.

The analysis of figures from the Office of National Statistics (ONS) found that the average monthly rent for a one bedroom property in Hackney is £1480 and the average monthly salary (after income and council tax deductions) is £1824. This means that single tenants in Hackney renting a one bed property are paying 81% of their monthly salary on rent, causing massive financial pressures and leaving little chance to save to get on the property ladder.
With the ONS also releasing figures That show a real wage drop of 0.2% in the three months to March 2017 caused by the soaring levels of inflation due to the falling value of the Pound since the EU Referendum, financial pressures are likely to get worse for tenants in Hackney.

“As someone who rents in Hackney I completely feel the pressure that many people do in trying to get by, month by month. With  rents so high and wages stagnating, saving for a deposit has become a pipe dream for the majority of people renting.

“There are many issues around housing that the Liberal Democrats have announced plans to tackle and would make priority in Hackney.

“But Brexit is the elephant in the room that the Tories and Labour are both desperate to avoid talking about in detail during this election campaign.

“The facts are that a Tory Brexit, voted for by Diane Abbott and backed by Labour is already putting massive strain on our economy. That is being felt in the everyday lives of people in Hackney. In their weekly shop, their rent and mortgages, their energy bills, and unless we stop this economic self-harm it will only get worse.

“People struggling to get by do not have to accept a Tory Brexit backed by Labour that will leave them with less money in their pocket. There is a brighter future available.

“Vote for the Liberal Democrats on June 8th and we will fight for Britain’s place in Europe.”