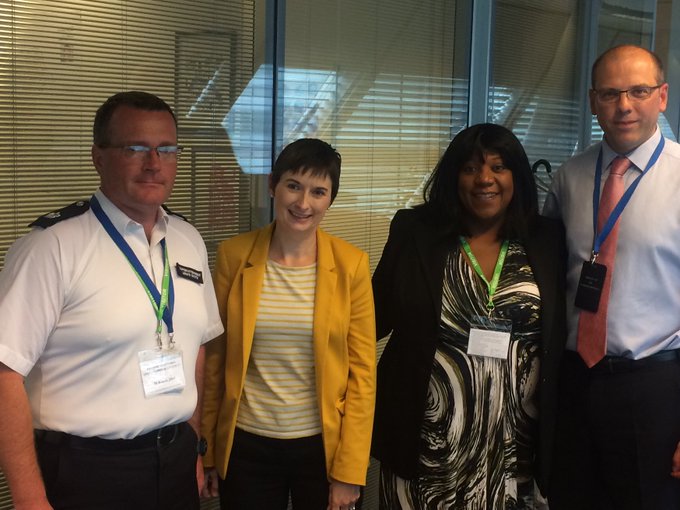 Liberal Democrat Spokeswoman, Pauline Pearce, had a meeting this week with Matt Twist, the Metropolitan Police Commander for the Met Task Force and Armed Police and the Hackney Superintendent Louis Smith, to discuss arrest protocols following the death of Rashan Charles in Hackney.

The meeting was set up and attended by Caroline Pidgeon, London Assembly member for the Liberal Democrats.

"We spoke about many things concerning the correct procedure for arrests, the use of body cameras, civilian rights and a better relationship between police and communities.

"In the meeting I asked for a review into how arrests are made when the suspect is believed to have swallowed an object following the tragic death of Rashan Charles, and a review into police training in the use of force.

"I also raised how we can best support underprivileged young people in the community that are most vulnerable.

"We all agree that there is a lot of work to be done, but I would say that the meeting was a fair start.

"We were not allowed to discuss the Rashan Charles case as it is still under investigation, but I will continue to campaign to ensure we get the answers the Charles family deserves, and that we do everything possible to avoid another tragedy from happening in the future."

"This was an incredibly useful meeting which covered a number of issues about how Hackney police and the Met as a whole can work effectively with local people and especially with young people.    I am incredibly grateful for the time given up by these senior police officers and how they were willing to engage with practical suggestions from Pauline Pearce.

"Improving community relations between the police and London's diverse communities has never been more important."