The Liberal Democrat campaign against ATM charges in Hackney took a significant step forward on Wednesday night (November 25th) when councillors voted overwhelmingly to endorse a motion supporting it. 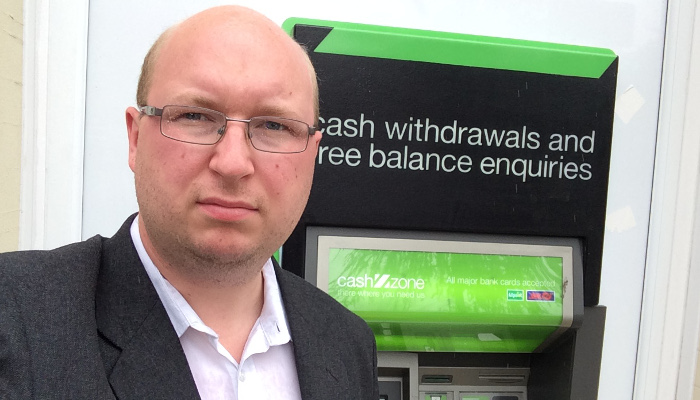 Cazenove ward councillors Abraham Jacobson and Ian Sharer proposed and seconded the motion, which calls on Hackney Council to make its own buildings available as sites for non-fee-charging cash machines to help Hackney residents avoid onerous charges of up to £2.00 just to access their own money.

The motion also directed the administration to seek locations owned by other public sector bodies such as Transport for London or the NHS and, as a last resort, make the provision of facilities in privately-owned buildings a condition of planning or licensing decisions.

Councillor Jacobson said, "These ATM charges hit the poorest hardest - if, like a lot of people, you only take out £10 at a time, a £1.99 charge means you might as well be paying VAT - a ridiculous situation.

"And it isn't just the person paying the fee who loses out - every pound Hackney residents pay to ATM operators is a pound local shops and businesses never see coming through their tills. We're asking the council to be proactive in providing a solution to this problem and I'm pleased the Labour majority in the chamber were able to see things our way."