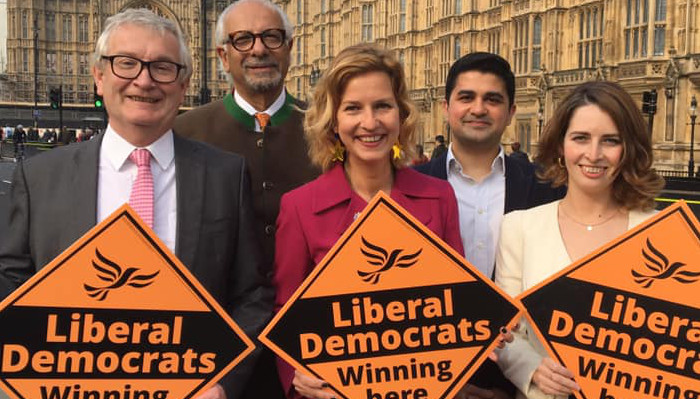 European elections are to elect Members of the European Parliament (MEPs).

The European Parliament alternates between sitting in Brussels, Belgium and Strasbourg, France and consists of 751 MEPs elected by voters in all 28 countries that are members of the European Union. The country with the most people, Germany, elects 96 MEPs, while the smallest country, Malta, elects 6.

The UK has 73 seats in the Parliament, of whom 8 represent London.

What do MEPs do?

Like in other parliaments, MEPs also serve on committees to look closely at proposed new laws and examining evidence on important issues.

MEPs are elected to work full-time for their constituents and are banned from sitting in the European Parliament and their national parliament at the same time. They are paid a salary of €101,808 per year, which is around £90,000. 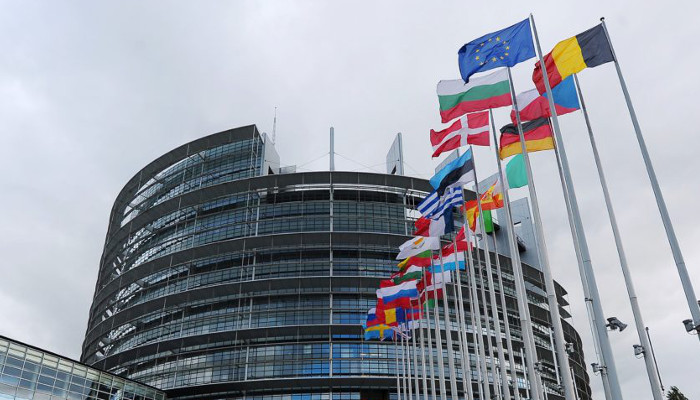 Different countries elect their seats in different ways - some elect all their MEPs as one national delegation, while others break them up into constituencies.

In the UK, we divide the country up into 12 constituencies with numbers of MEPs ranging from 3 (North East England and Northern Ireland) to 10 (South East England).

European Elections are held every five years either at the end of May or the beginning of June. Elections take several days because different countries have different traditions - in the UK we almost always vote on a Thursday, whereas in Ireland elections are always Fridays and countries like France and Italy vote on Sunday.

European elections were held from the 23rd to the 26th of May 2019 with the UK voting on Thursday 23rd. UK MEPs will serve until the UK leaves the EU. The next European elections are scheduled to take place in 2024.

The UK does not hold by-elections for the European Parliament. If an MEP resigns, dies or is removed during their term, they are replaced by the next candidate on their party's list.

UK, Irish and Commonwealth citizens aged 18 or over and resident in the UK can vote for UK MEPs. Citizens of other EU countries can also vote, but must sign a declaration that they will only vote in one place.

You can register to vote online at www.gov.uk/register-to-vote

EU citizens can download a form to register for a European election here. 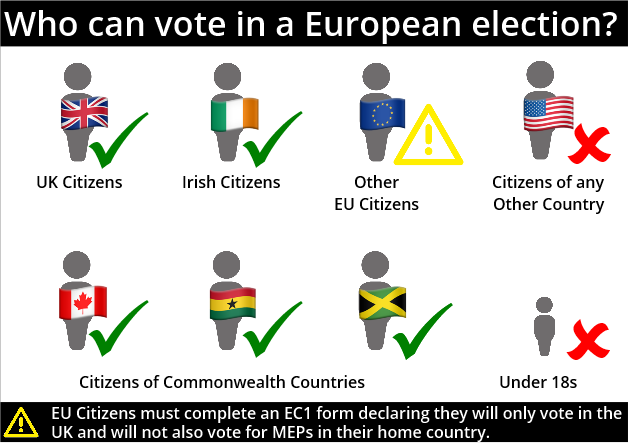 MEPs for England, Wales and Scotland are elected for each constituency using party list proportional representation. Each party nominates a list of candidates before the election. If a party wins two seats, the first two on that party's list win those seats.

Voters vote by putting a single X next to the party they support and seats are won depending on what share of the vote each party receives.