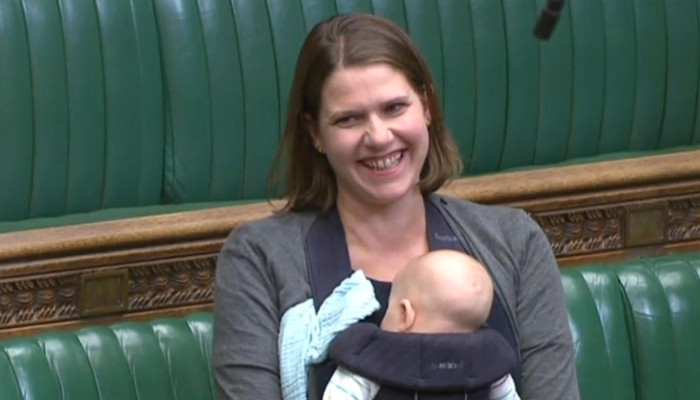 Parliament consists of two chambers - the House of Commons, which is elected - and the House of Lords, whose members are appointed for life either by being nominated by political party leaders or because they hold hereditary titles.

What do MPs do?

An MP's job is to represent the residents of their constituency in parliament, scrutinise proposed laws and hold the government to account.

A government can only remain in office if it has the support of a majority of MPs and can pass budgets through the House of Commons.

Much of an MP's work in Parliament is not in the main chamber but serving on numerous committees whose job is to take a close look at individual proposals in new laws before they are voted on in the House.

MPs also do "casework" on behalf of individual residents who have specific problems, particularly with government services.

Members of Parliament may do work alongside their parliamentary duties, but are mostly full-time representatives. They are paid a salary of around £80,000 per year - plus the notorious expenses, which are for hiring offices and paying staff. 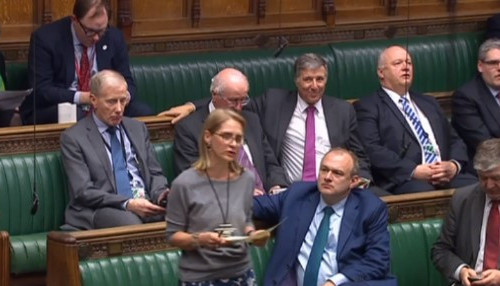 Each MP represents an area with an average of around 70,000 voting residents called a "constituency." Constituencies can be entirely within one local council area or can cross the boundary between two or more council areas.

Hackney is divided into two parliamentary constituencies which are both entirely within Hackney borough. Hackney North & Stoke Newington constituency has been represented by Diane Abbott (Labour) since 1987. Meg Hillier (Labour) has been the MP for the Hackney South & Shoreditch constituency since 2005.

Parliamentary terms are fixed at five years, meaning there must be a parliamentary election no later than five years after the last one. The last general election was in June 2017, so the next election is scheduled to be on 5th May 2022.

If an MP resigns, dies or is removed during their term, there is a by-election to fill that single seat until the next scheduled election.

UK, Irish and Commonwealth citizens aged 18 or over and resident in the UK can vote in parliamentary elections. You can register to vote online at www.gov.uk/register-to-vote 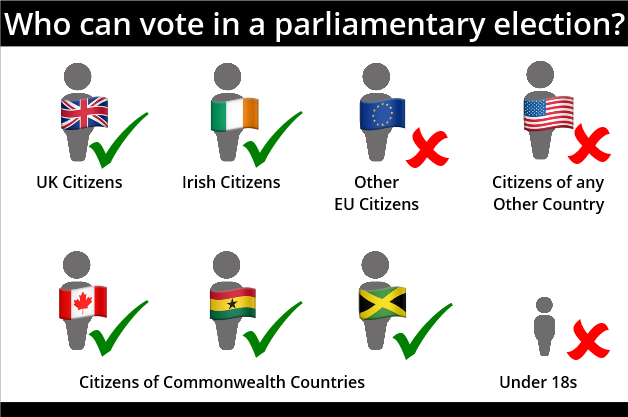 UK General Elections use "Plurality" or "First Past the Post" voting.

Voters have one vote and they mark an X next to the candidate they want to be elected. The candidate with the most votes wins. 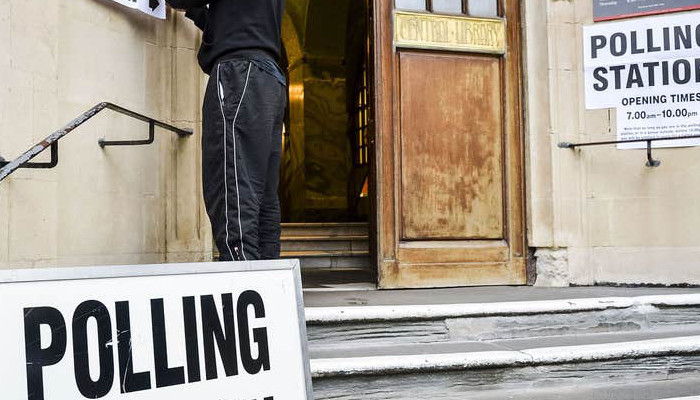 The result was that the Conservatives were only just short of an overall majority, even though nearly 6/10 voters voted for somebody else.

A PR system would have meant a parliament that better reflected how we voted: 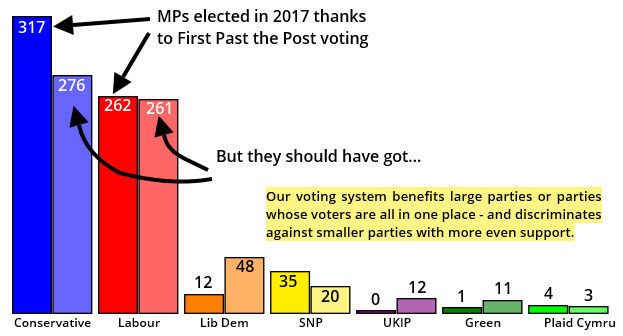 What about all those Lords?

Parliament's upper house is not elected at all and, while many members are hardworking and do good work scrutinising bills and holding government to account, Lib Dems believe it is unacceptable that we still have unelected appointees, hereditary Lords and even Church of England bishops making our laws.

We support reform of the House of Lords to create a democratically-elected Senate which has a mandate from the people to review legislation. 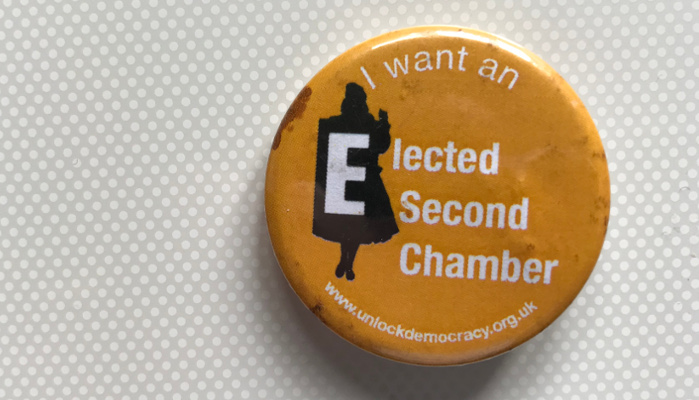