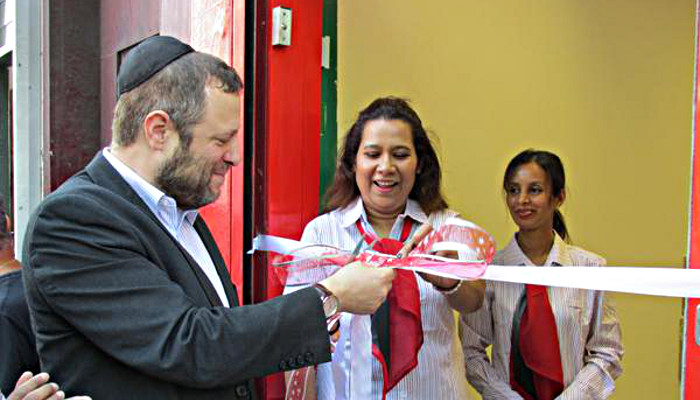 The new office was welcomed by residents, hundreds of whom signed the petition circulated by Lib Dem activists in 2008 to save Wilton Way Post Office from cuts implemented by the previous Labour government.

After meeting staff at the new post office, Cllr Jacobson cut the ribbon to declare the branch open.

"This is an important local service for Hackney Central," said Abraham, "so I am really pleased to be able to be part of this new start for the Post Office in Hackney. Lib Dems in Hackney will always fight to preserve the local small businesses and amenities that residents value."