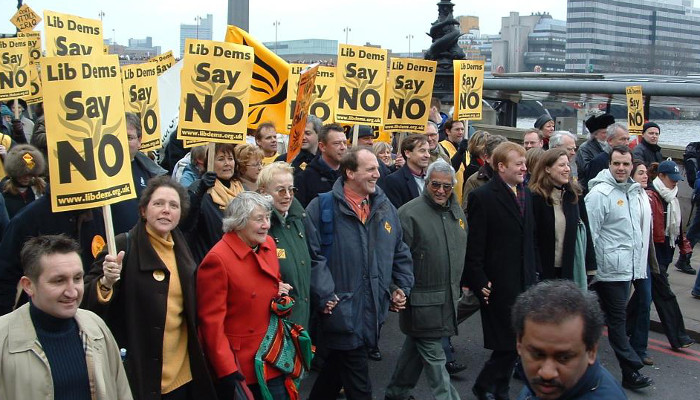 Lib Dem foreign affairs spokesman, Tim Farron MP, has led the charge, saying, "The publication of the Chilcot report is crucial and the delays are unacceptable - we cannot afford to continue walking in the dark.

"The underlying issue which we need to understand and question is the alignment of British foreign policy with American priorities. Has Blair and Thatcher's determination to maintain "the special relationship" benefitted our country? Should we continue in this vein? The Chilcot Report, when it is eventually published, must force us to learn lessons for the years ahead: at the moment we are in limbo. In a year when the country will decide who rules for the next five, this is unacceptable."

Local Labour MP, Diane Abbott has also voiced concern in Parliament, backing Lib Dem calls for the report to be published as soon as possible.

The delay in the publication of the Chilcot report is widely considered to be a scandal. Does the Prime Minister appreciate that it is important to find out exactly what has gone wrong? We have a major forthcoming inquiry into child sex abuse. The public would not understand if powerful people that might be named in that report are able to delay publication year after year, as seems to have happened with Chilcot.

I agree with the hon. Lady that it is important that the inquiries are done thoroughly and rapidly. My understanding is that there is no mystery in why it is taking so long. It is a thorough report. The people who are criticised in a report have to be given the opportunity to respond to all those criticisms. That is what is happening at the moment. From what I understand, I do not believe that anyone is trying dodge or put off the report—we all want to see it—but we have to go through the proper processes.

Let me make one other point clear. There is no question of the report being delivered to me and of my deciding not to publish it before the election. The whole report will not reach the Prime Minister’s desk, whoever that is, until after the election.