But seriously, with parliament not dissolving until midnight, Tuesday wasn't even officially in the period for the General Election yet. As if that would stop us! 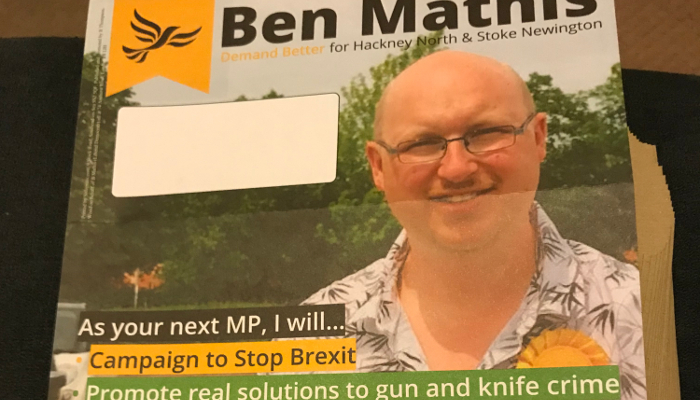 And it was a somewhat frustrating day, which I mostly spent waiting in for a delivery of materials without which the evening's stuffing party would be ruined. And which, of course, never arrived!

But a candidate needs to be adaptable, and luckily we had about 600 envelopes stuffed and ready to go and a few more left over from the weekend, so when Les, Dave, Helen and new activist Jesús turned up to stuff envelopes, they found themselves out with me on the streets of Cazenove and Hackney Downs wards delivering instead - which wasn't quite what we expected to be doing, but it's all progress!

Add to that the news that a Labour councillor has resigned and so December 12th will also see a by-election in Clissold ward - It's all go!

And we were treated to generous helpings of Juliette's vegetarian chilli to warm up afterwards, so it wasn't all bad either.