Remembrance, paperwork and my first press interview of the campaign. 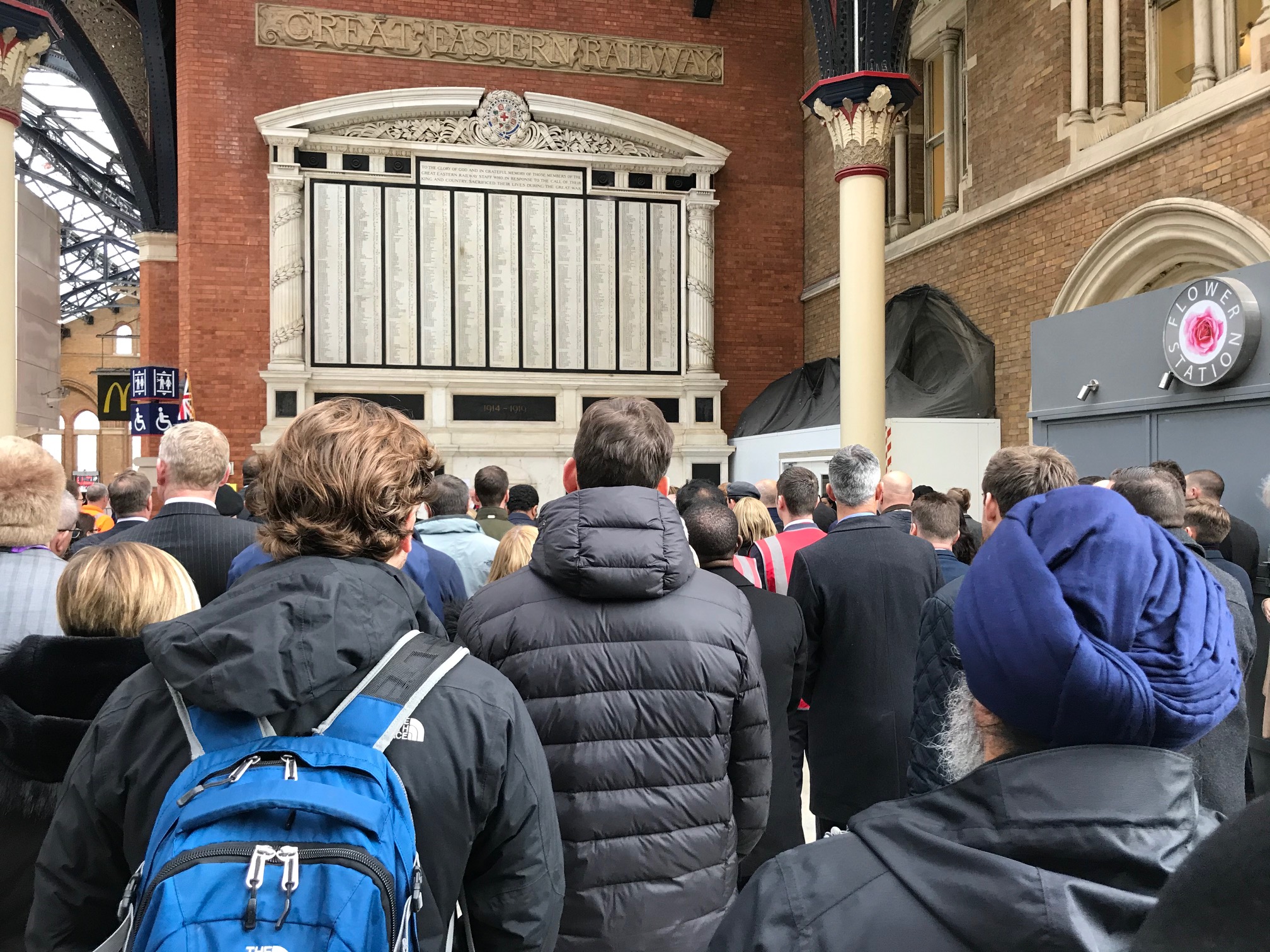 Monday started apolitically, as it was Armistice Day so I attended the laying of the wreaths at Liverpool Street station. Not only is it wonderful to see such a diverse group of people take time on a busy Monday morning to stop and remember, but it was extra special as Myles, my flatmate and fellow party member (some of you may have eaten his jambalaya at stuffing parties) had the job of laying the wreath on behalf of Network Rail.

If you look closely, you'll see his Granddad's army beret (he was a Tank Commander) in his jacket pocket. 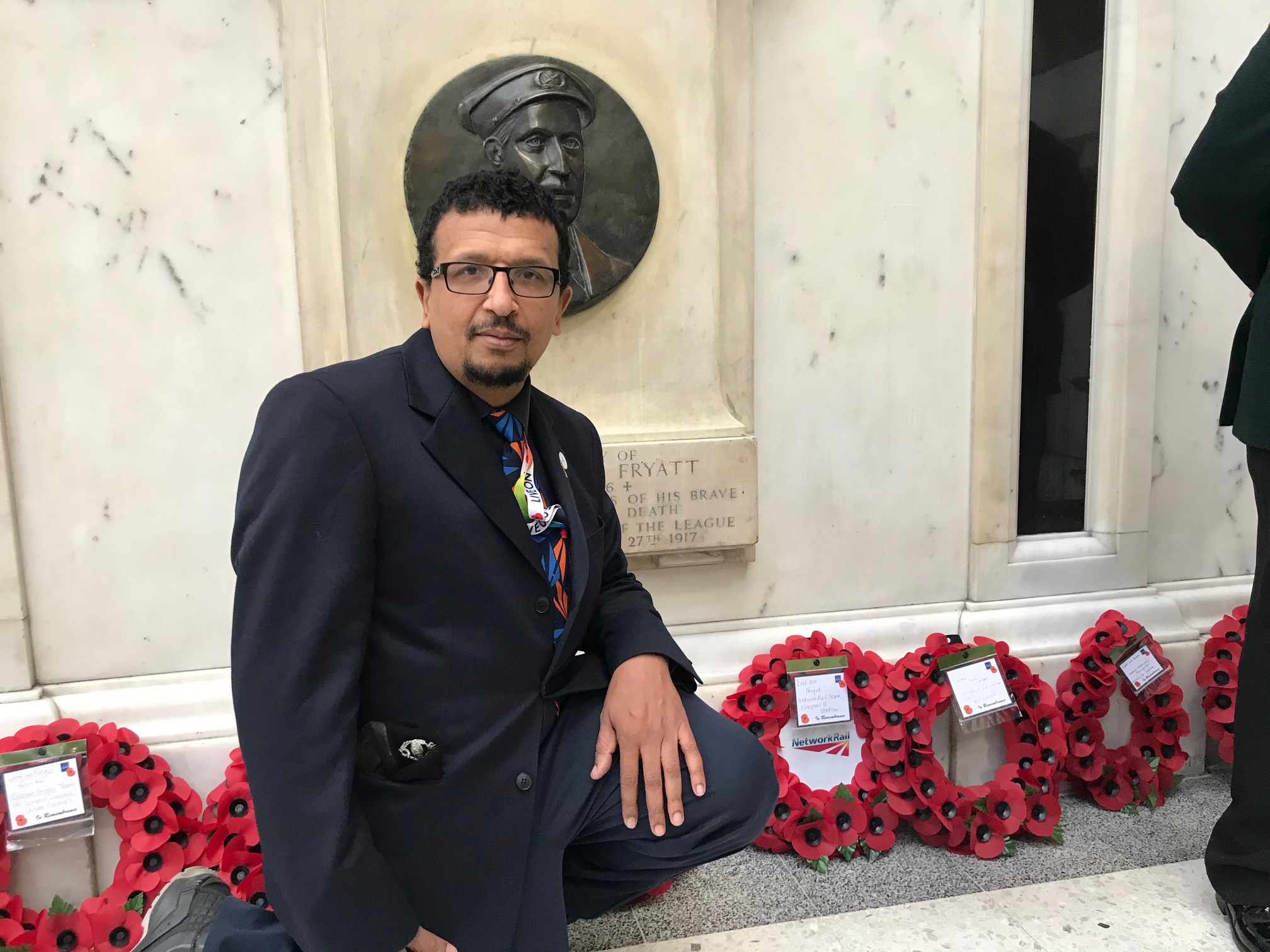 I then moved on to Dalston, where Les, Reuben and I worked with an old-fashioned paper copy of the electoral register (which isn't a small document!) to complete and do final checks on the nomination papers for the two constituencies and the Clissold by-election.

A bit later, we had an appointment at the Town Hall where our papers were... accepted! Dave Raval, Teresa Clark and I are all duly nominated Liberal Democrat candidates for the elections on December 12th.

Hopefully my name will be spelled right on the ballot paper even if it wasn't on the receipt! 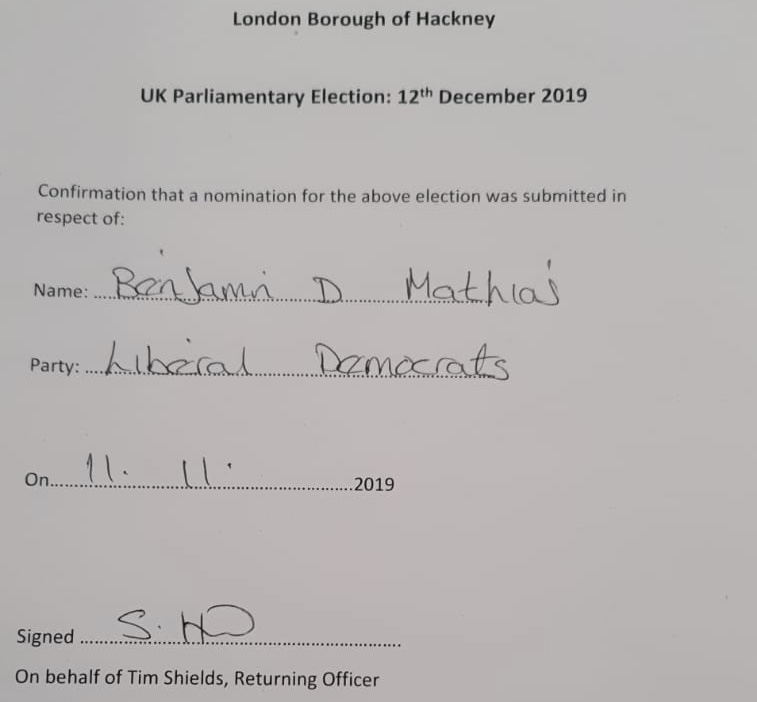 Last night there were yet more envelopes to be stuffed amid the chaos of a broken washing machine (Isn't it always the way?!) and as I write, I've just finished speaking to a journalist from the Jewish Chronicle about Diane Abbott, Stopping Brexit and how grateful I am to be able to get salt beef bagels and pareve Vienetta in N16!