Nationally, over 11,000 people have signed up to the party since polls closed on May 7th, 82% of whom have never been members before. The party in Hackney has seen one of the biggest rises of any local group, with membership up by two thirds in just seven days. 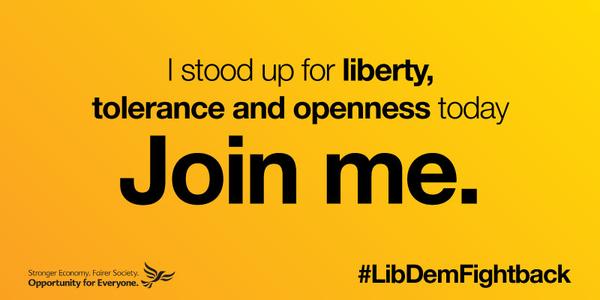 Membership Officer, Ben Mathis said, "Membership has been steadily rising over the past few years and had accelerated in the weeks before the election, but I have never seen anything like this.

"The local executive committee is already discussing how best to engage with all these new people and bring the fight to the stale Labour council and what threatens to be a deeply regressive and damaging Tory majority government.

"Issues at the forefront of our minds are the threat to Britain's human rights protections and free speech, the heartless attitude already being shown over refugees in the Mediterranean and the rolling back of progress on climate change and the environment."

To join the Lib Dem Fightback, you can go to www.libdems.org.uk/join