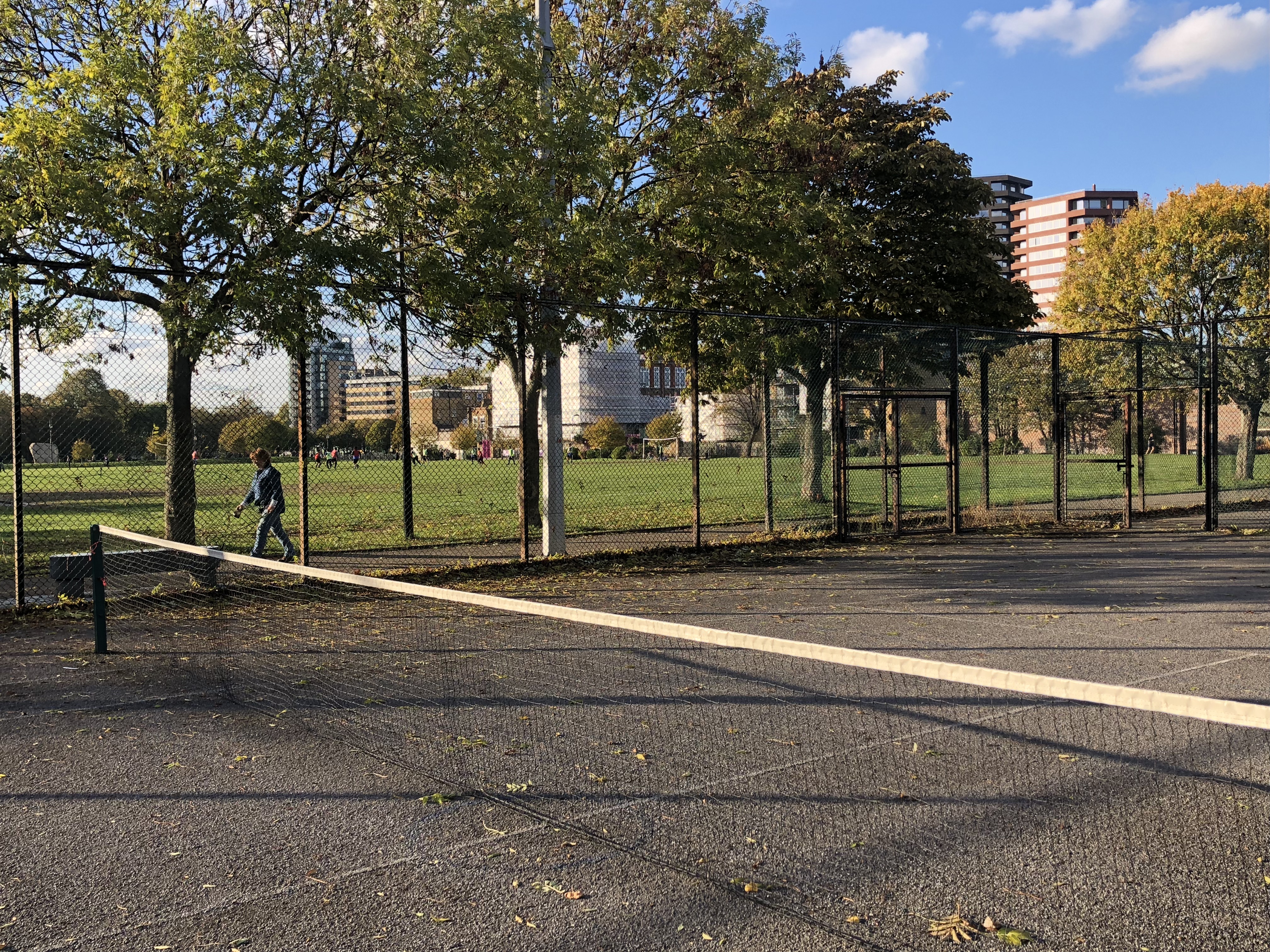 Alice Roberts Head of Green Space Campaigns at CPRE London wrote to Hackney Council and the Mayor and Deputy Mayors of London outlining concerns that most ball courts in London parks are hardstanding. This would mean the ruling to allow Hackney Council to build on Shoreditch Park means other similar space across London can be built on using the same justification.
Claims that equivalent space to that being lost is being provided elsewhere in Hackney was also described as “clearly impossible” as there is no space nearby which could form a main part of the park as the tennis courts currently do, and the proposed reprovision of public realm and public square planting is not equivalent in any way to the large space in Shoreditch Park which will be lost.

“We are deeply concerned by the precedent that the justifications used to build on the Shoreditch Park ball courts has set.
The classification of this large chunk of the Park as previously developed land rather than the open space that it clearly is, means that Hackney Council and indeed other councils may use this justification to build on park space in the future.

“Hackney Council have now put all parks across London at risk.

“It’s also clear the council has been disingenuous in its planning permission application, claiming to be providing equivalent space and classifying the ball courts differently to allow them to be built on. Clearly another example of poor consultation which leads to mistrust from residents.

“I have written to Mayor Glanville outlining my concerns and demanding an explanation, and Lib Dem GLA member Caroline Pidgeon will be asking a question on this issue to the Mayor of London.

“We must protect our precious park space and will be pushing for Hackney Council to provide a guarantee that similar justifications will not be used in the future. We are now left with a mess at London level where a dangerous precedent has now been set, Caroline Pidgeon is supporting CPRE London in making sure we protect London’s green spaces.”