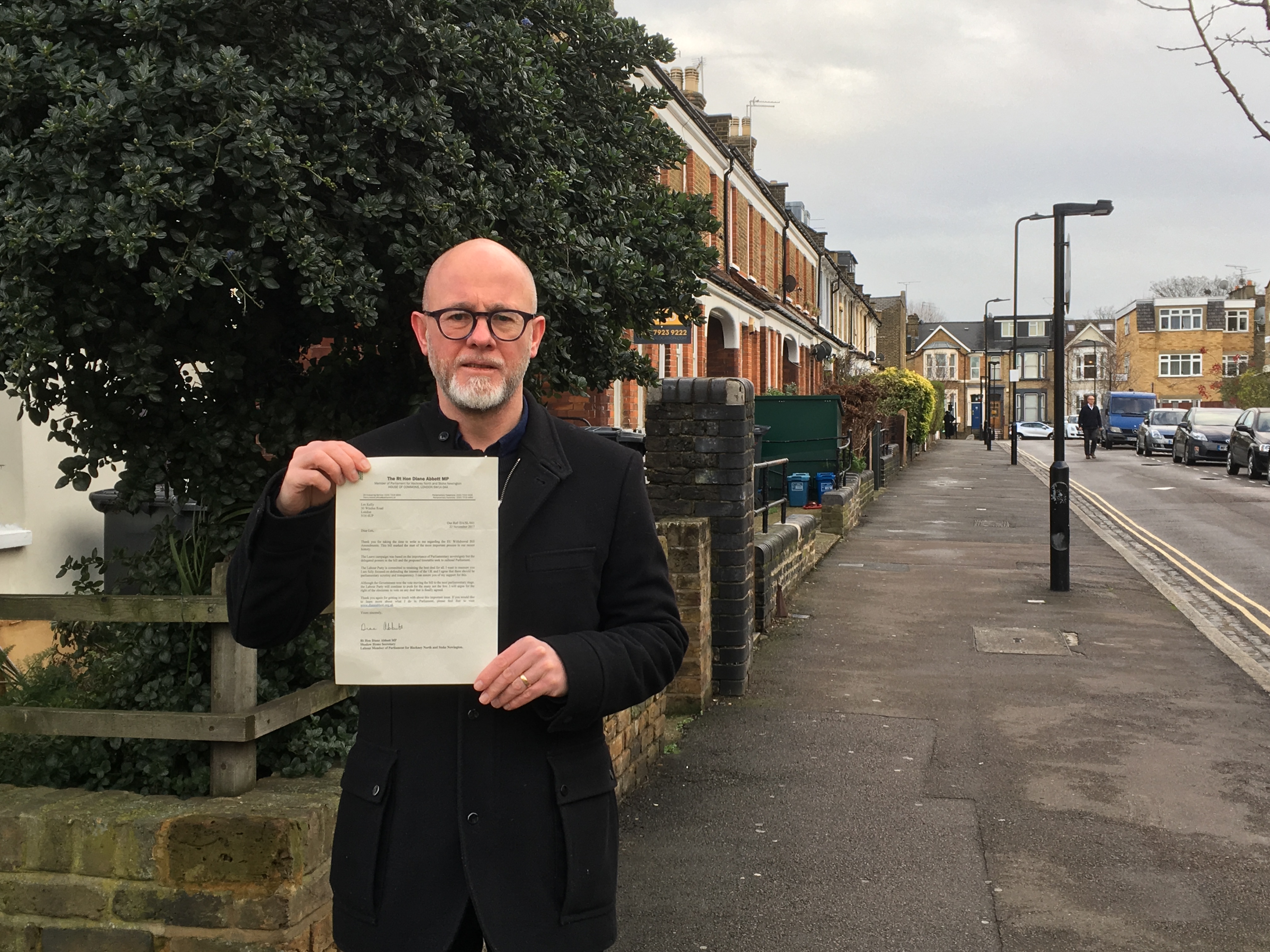 The Shadow Home Secretary wrote to Les Kelly and at least one other constituent in her Hackney North and Stoke Newington seat in November last year promising to “argue for the right of the electorate to vote on any deal that is finally agreed”.

When questioned by the BBC’s Andrew Marr about the letter in an interview in December she said, “The Labour party does not support a second referendum – we’ve never supported it, and we don’t support it now.”

Les Kelly who is standing in the Brownswood ward said:

“Labour have let the vast majority of people in Hackney who want nothing to do with this mad Tory Brexit down and the upcoming local elections are an opportunity to show them that we will not put up with it anymore.
The Lib Dems have led the fight against Brexit and have consistently demanded that the people get the final say on any Brexit deal, while Labour have voted with the Tories to push through a hard Brexit.
Labour are attempting to pull the wool over people’s eyes in Hackney and are trying to make it seem like they are on the remain side. The letter from Diane Abbott just confirms how duplicitous they are being.
If they really cared they would stand up to the Tories in parliament instead of backing their Brexit plans like Diane and the rest of the Labour leadership have done so far.
It’s time Hackney residents say enough is enough and cast their votes for the Lib Dems on May 3rd.”