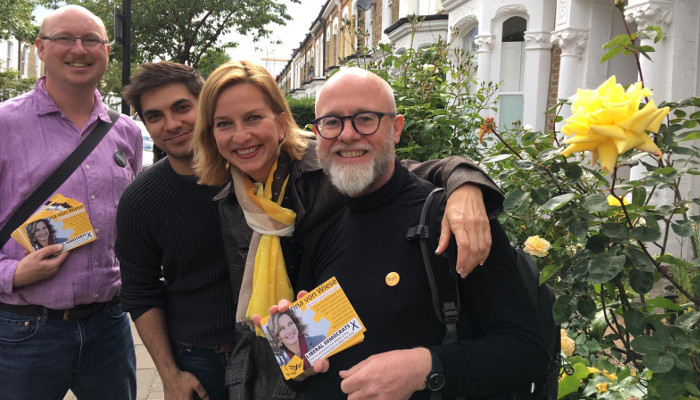 I won't give you chapter and verse on who we met and who said what, because for once there's a professional account of the evening - and Google will happily translate the text of Bettina's article.

What we did find though were even more people eager to tell us that they used to vote Labour, but they're going to vote Lib Dem this time - or they already have. 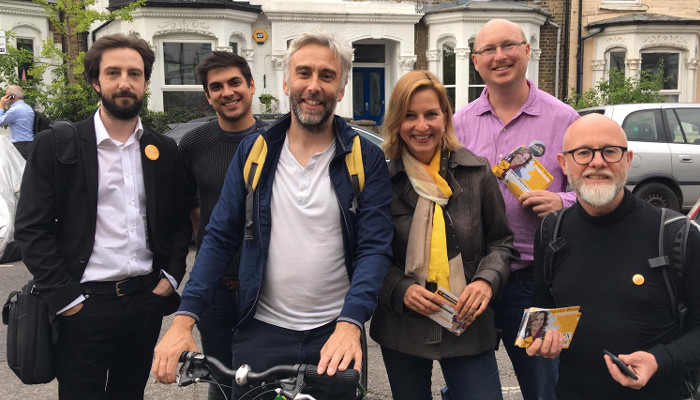 Of course the main reason for this is Brexit, but Jeremy Corbyn's failure to address bullying and antisemitism is clearly driving people away from Labour as well. And of course, we have given people good reasons to switch to us too - not least having great candidates like Irina.

Polling day is going to be very interesting.