To say Jeremy Corbyn’s campaigning efforts in the 2016 EU referendum were lacklustre would be putting it very generously.

Despite certain Labour figures claiming that they were a ‘Remain party’, voters were kept in the dark about their real stance, with Corbyn famously labelling his enthusiasm for staying in the EU as a “seven, or seven and a half out of 10”.

2. Voting against a second referendum

Soon after the 2016 referendum, Corbyn totally ruled out support for a People’s Vote, claiming that the result was ‘clear’.

Considering the UK was divided 52% to 48%, this was pretty obviously not the case.

3 Labour peddling their own Brexit nonsense 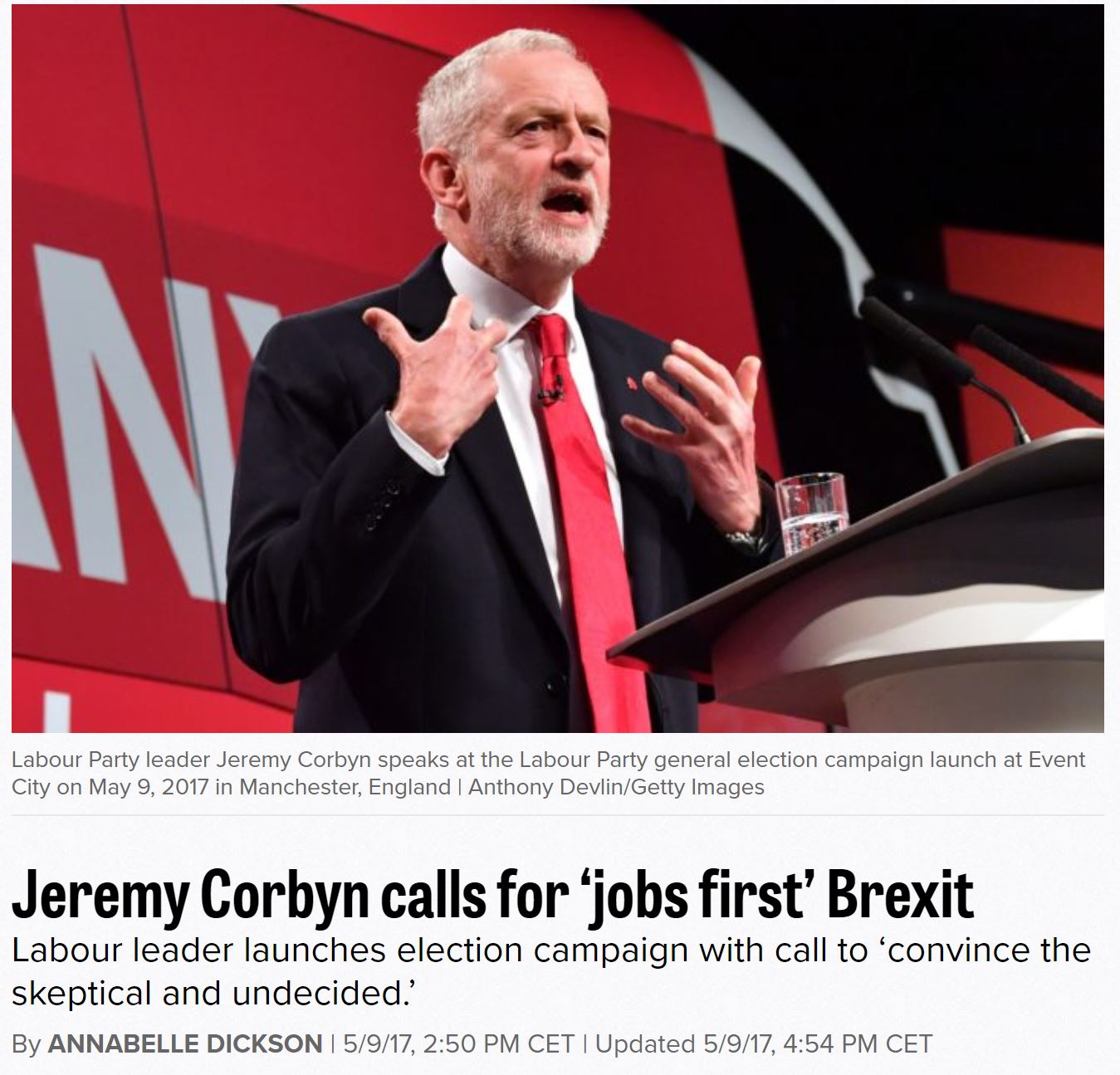 Knowing full well that there was no form of Brexit that could benefit the country, this was yet more proof that the party had turned its back on its Remain voters.

4. Letting the government off the hook

With Labour sitting on their hands, the Conservative government has free rein to plunge us into more Brexit chaos.

As well as abstaining in 23 key Brexit votes, Labour actually voted with the Tory government on six occasions, clearly happy to push ahead with their dangerous Breit plans.

In March 2019, Labour instructed its Parliamentarians to abstain in a vote for a second referendum, which would have given people the final say on Brexit. Once again, Corbyn was letting the Tories off the hook.

In a recent piece in The Guardian, Jeremy Corbyn says he will seek a ‘sensible Labour Brexit deal’.

Whether Tory Blue or Labour Red, there is no form of Brexit that will be good for the country. Britain is better off in the EU.

8. Campaigning for a general election before a People’s Vote

The Liberal Democrats have been fighting for a People’s Vote with the option to stay in the EU for over three years. We believe that this is the best way to bring an end to this mess. But the Labour party have failed to join us in the fight to give the people the final say on the deal, choosing instead to focus on their calls for a General Election.

They're putting the party’s interests ahead of the public’s and are continuing to be purposely ambiguous on their real stance on Brexit.

Compare and contrast - we're confident that we'd do well in a General Election and are ready to go with a clear ‘Stop Brexit’ manifesto pledge. But the best way to end this mess is to have a People's Vote before any general election, with the option to remain in the EU.

9. Failing to take a position at Conference

Labour Remainers might have hoped for some clarity on their party's Brexit position at Conference. Sadly not.

Instead, Corbyn's lack of leadership on the biggest issue of the day was glaringly apparent. The Labour Leader will not commit his party to campaigning for remaining in the E.U. in the event of a People's Vote. Instead his focus is on securing his bogus, unicorn Brexit deal after a General Election, after which he may decide on a position.

It’s clear that despite Jeremy Corbyn’s attempts to mislead the public, he is leading a party of Brexit. 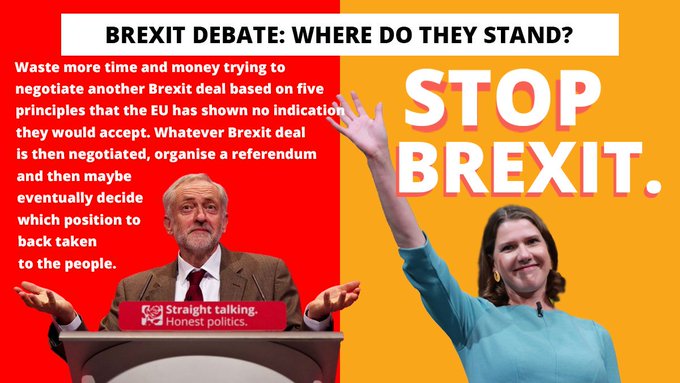