Lib Dem members voted over the course of two weeks and have chosen Irina as their no. 1 candidate for London. An international lawyer and anti-Brexit campaigner, von Wiese grew up in West Germany during the Cold War, but has lived in London since 1996 with her family.

Liberal Democrats launched the campaign for the May 23rd elections by reiterating the campaign slogan Demand Better than Brexit.

A staunch Remainer, Europe is personal for Irina: "Our parents’ and grandparents’ stories stay with us, but our own lives have moved on – juggling careers, social life and family in different countries, we take our freedom for granted."

You can read more about Irina's story [Here] 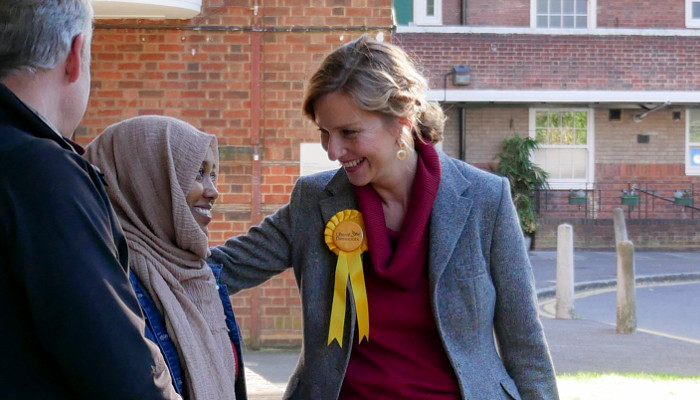 Also on the Liberal Democrat ticket are businessman and founder of eBookers, Dinesh Dhamija; Luisa Porritt, a Camden councillor who led moves to get Camden to sign up to support a People's Vote; and writer and broadcaster Jonathan Fryer.

Hackney South parliamentary spokesman, Dave Raval welcomed the choice, saying "London is an international, outward-looking city that has always embraced immigration and investment. Having candidates like Irina sends a strong message to voters - including the nearly 80% in Hackney who voted to Remain - that we value the contributions people make, not just the colour of their passport."

Party leader, Vince Cable has been even clearer, telling a recent party conference "We are the Party of Remain."

Hackney Lib Dems have been especially critical of local MP, Diane Abbott who, despite representing voters who overwhelmingly voted Remain, has regularly voted with Jeremy Corbyn to support the Tories' Brexit plans.