In 2005, Strathclyde police set up a violence reduction unit (VRU) in an effort to address a problem that had made Glasgow particularly notorious. Later that year a United Nations report identified Scotland as the most violent country in the developed World, highlighting the scale of the problem. The scheme was later rolled out across Scotland.
The scheme appears to have drastically reduced knife crime in Scotland. Between April 2006 and April 2011, 40 children and teenagers were killed in homicides involving a knife; between 2011 and 2016, that figure fell to just eight. The decline has been most precipitous in Glasgow, which once had one of the highest murder rates in western Europe. Between 2006 and 2011, 15 children and teenagers were killed with knives in Scotland’s largest city; between April 2011 and April 2016, none were.

The number of people carrying knives also appears to have declined across Scotland. According to figures from Police Scotland, there were 10,110 recorded incidents of handling an offensive weapon in 2006-07, a figure which fell to 3,111 in 2015-16 – a decline of 69% in a decade.

The Hackney Lib Dem proposals would put key people from local government, police, education and social and youth services together with community leaders and former offenders who have turned their lives around and are now seeking to help others do the same.

The unit would identify people and areas most needing focus and take an innovative public health approach to tackling violence, including focused school mentoring programs, programs for persistent offenders to rehabilitate and injury surveillance in hospitals to identify victims of violent crime early.

The Hackney Violence Reduction Unit would not just focus on knife crime alone in recognition that the act of using a knife is a often a symptom of a wider problem of increasing violence in our borough. The unit would aim to use mentoring programs in schools to discuss bullying, domestic violence, rape and other forms of hate crime. 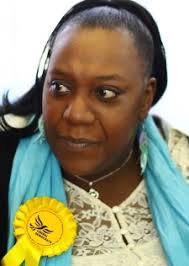 "The moment a young person picks up a knife and decides to carry it on the streets they have been failed by the system. There would have been so many opportunities to reach that person. Maybe at school or maybe if they had been in trouble with the police before. Community leaders or social services may have crossed paths with them, or maybe they just felt like they had no access to help in their community.

There are too many opportunities for people to fall through the cracks, we need a joined up approach where all the key support areas can work together and act quickly.

Of course we need more resources for conventional policing and we are calling for neighbourhood offices to be reopened in Hackney and to see much more community policing where officers can interact with the people beyond just seeing victims and arresting criminals.

But we need to realise that violence is not inevitable, it can be prevented and requires us not just tackling the consequences of violence, but also the circumstances that lead people to violence in the first place."