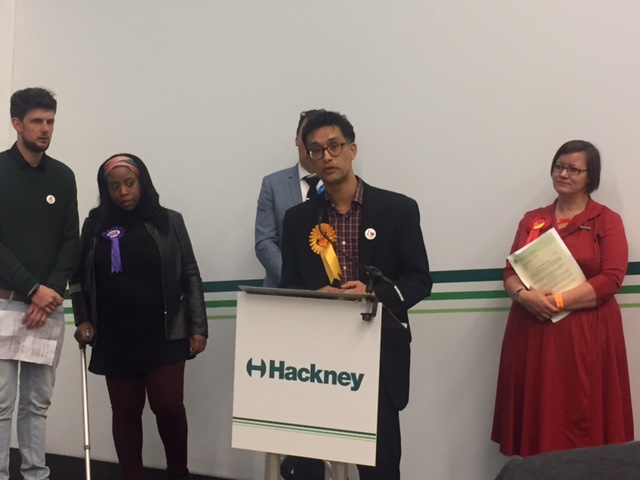 The Hackney Liberal Democrats were the only main party to increase vote share in both Hackney seats with substantial vote gains on the previous 2015 result. 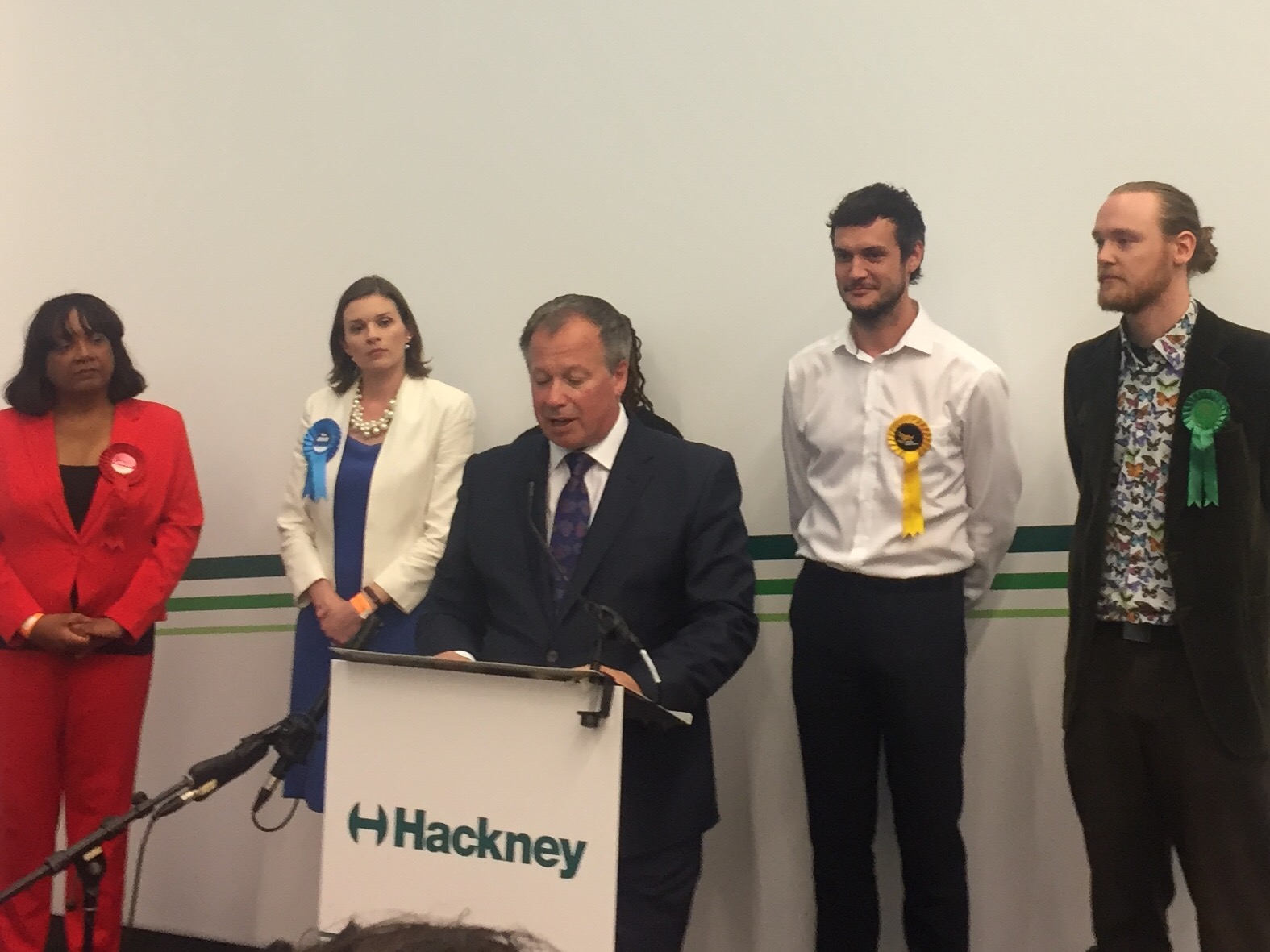 In a joint statement following the results in Hackney North & Stoke Newington and Hackney South and Shoreditch, Joe Richards and Dave Raval said:

"Congratulations to Diane Abbott and Meg Hillier on their victories and all the candidates from the other parties.

"We were very pleased that we were both able to increase the Liberal Democrat vote share and we both achieved strong vote increases on the 2015 result, moving up into 3rd place in both seats.

"The story of the night was obviously the Labour surge which has seen them make gains across the country, the picture in Hackney reflected this with huge majorities for both Diane Abbott and Meg Hillier.

"We have taken a principled stand as a pro-European party and will continue to fight for those open and tolerant values that has seen so many new members and volunteers join us over the last year.

"Another key issue for the future needs to be our continued campaign for Proportional Representation. Some tactical websites were telling people to vote Labour in Hackney to keep the Tories out, which in Hackney, achieves nothing but to bolster the dominance of Labour and squeeze the smaller parties which is bad for democratic representation in the borough.

"The fact that we have a voting system that requires tactical voting to make people feel their views are being represented just highlights how utterly undemocratic our system is and how much it needs to change.

"It is testament to the Hackney Lib Dem campaign team that we were the only main party who increased vote share in the face of the huge Labour surge.

"We welcome our new MP's today and feel positive about our seat gains and have some excellent additions to the Parliamentary Party with lots of experience to help continue our fight back.

"We would like to say a huge thank you to all of our phenomenal volunteers and members who have been truly amazing throughout this campaign.

"We have made steps forward in Hackney in what has turned out to be a difficult election for us. We will continue to build in Hackney and nationally for a brighter future for all.

"With the nation so deeply divided, now more than ever, we must present an alternative Britain that is open and tolerant and work together to find common ground over the difficult period to come."