It was a very busy weekend of campaigning for Team Hackney with the London Pride march on Saturday and then Black Pride being hosted on our home turf in Haggerston Park.

While my Hackney Lib Dem colleagues were busy at those events, I took part in a democracy action day for Make Votes Matter, campaigning for reforms to the voting system which is currently anything but democratic. 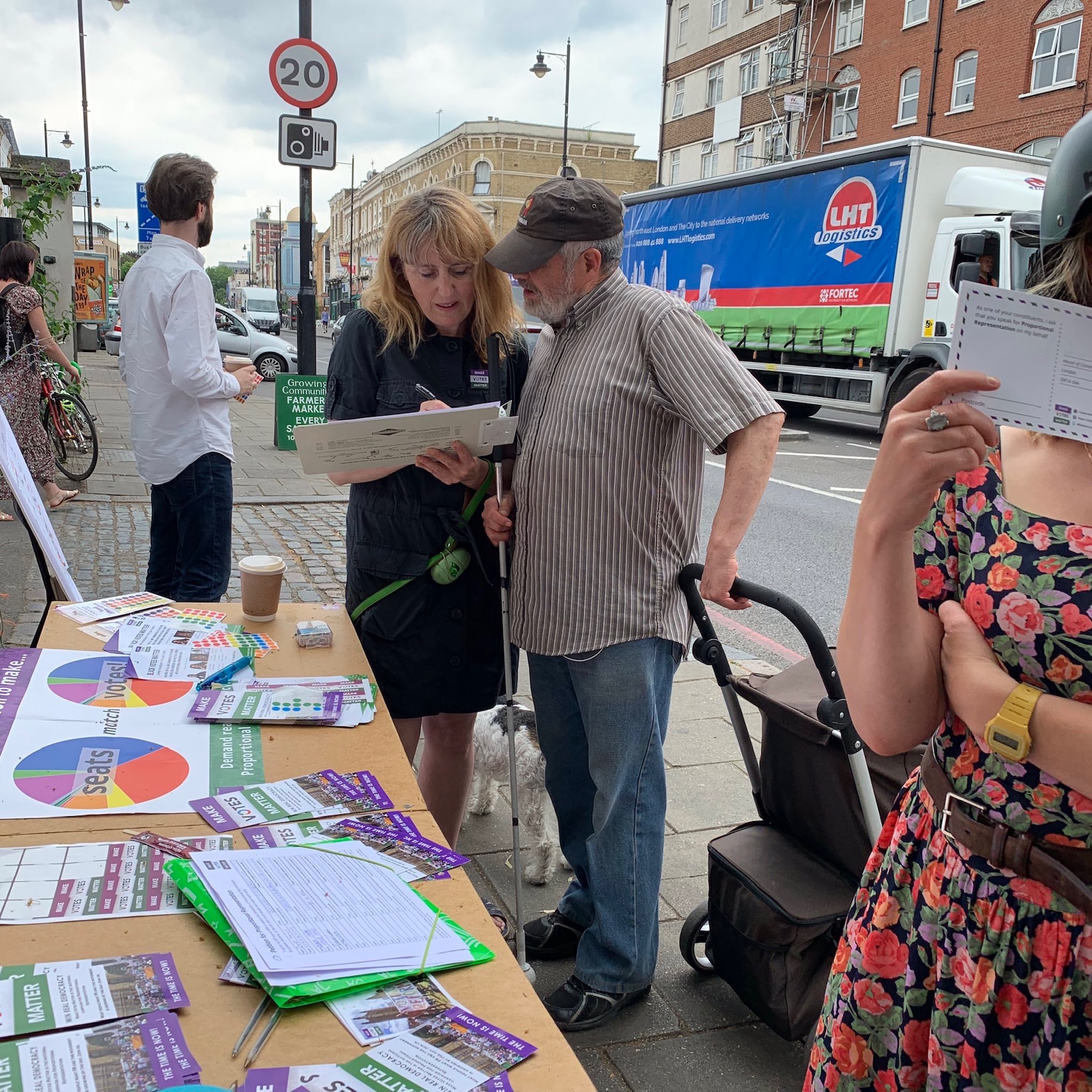 It was a national day of action with 100 stalls set up all around the country to ask people their views and to get signatures on a petition demanding Proportional representation be implemented as our new voting system. The day of action coincided with the Lib Dems signing up to The Alliance of cross-party campaign groups demanding reforms earlier in the week.

I was at our stall set up near the busy Stoke Newington Farmer’s Market and it was a great day all around. 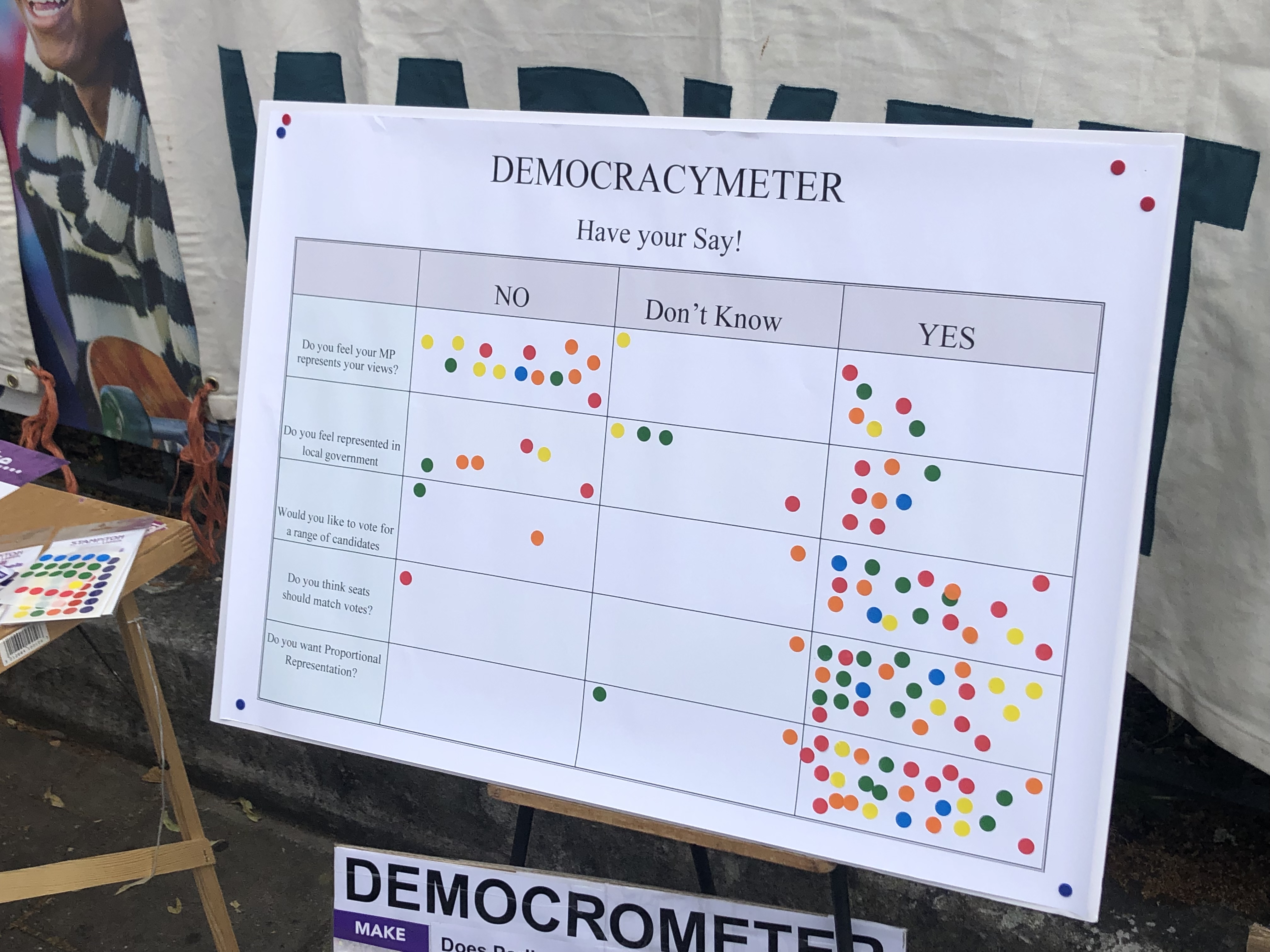 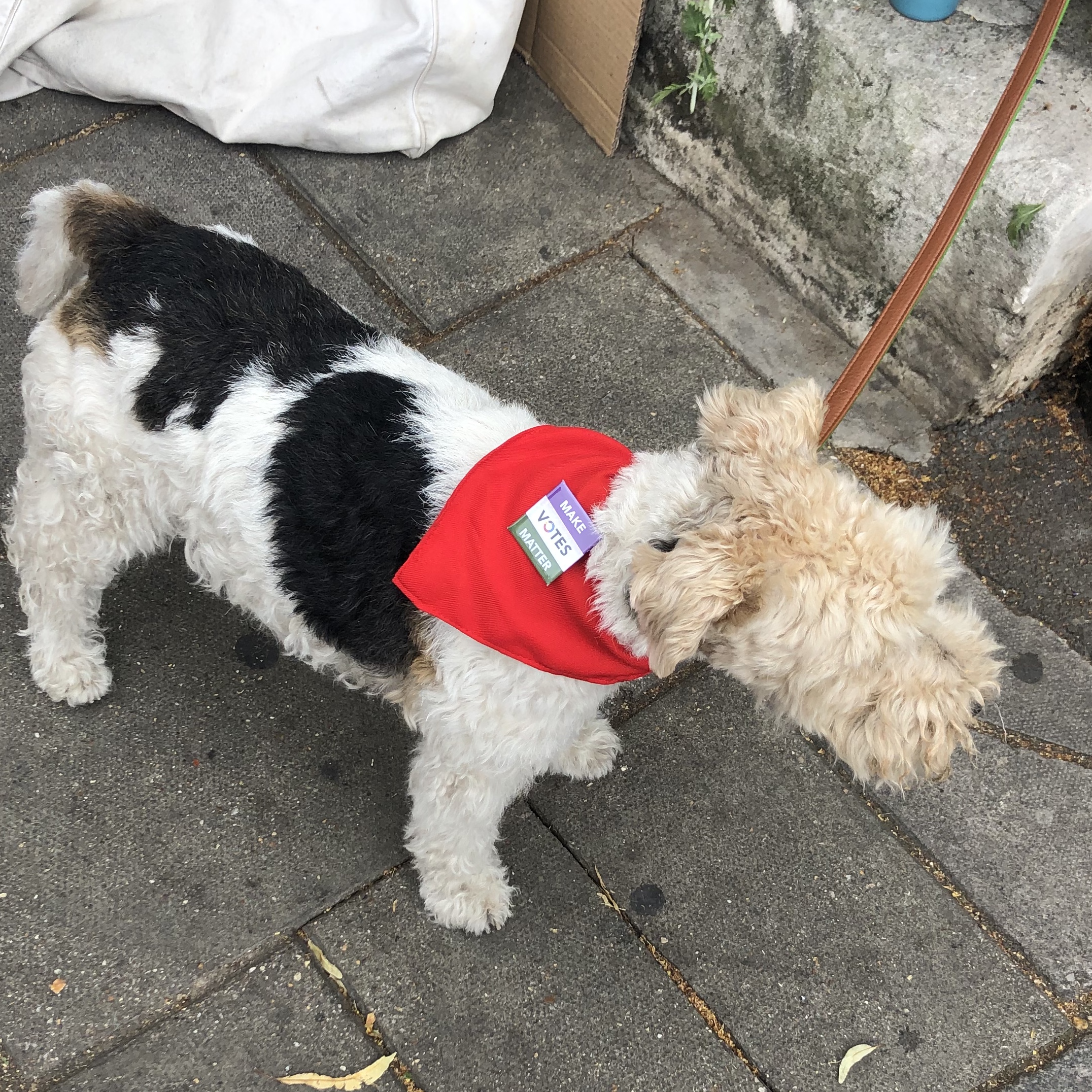 I enjoyed working with people on the stall from the Hackney Green Party and later discovered that one of the people I was campaigning with was the lead singer of Cornershop who had that massive hit ‘Brimful of Asha’ when I was growing up.

I also bumped into a primary school teacher who I hadn’t seen for many years who was a Labour activist, but she supports voting reform which is good!

It was not surprising at all that many people we spoke to agreed that the current mess we find ourselves in requires that we take an urgent look at our system.

One of the more interesting debates I had several times during the day was the argument that we should not introduce PR now because looking at the opinion polls the Brexit Party would gain seats. It’s an interesting viewpoint that I have some sympathy with because I find them repellent. But I look at it in two ways.

Firstly, they probably would gain seats, but actually progressive parties are massively held down by our current first-past-the-post system and so you would also get many more Lib Dem and Green MPs who would then be able to push forward the progressive agenda.

And secondly, democracy has to be for everybody and not just the people you agree with. Locking people out of the democratic discourse does nothing except make those who are left out feel angry and disenfranchised. For several elections UKIP received large amounts of votes but could not win any seats. That left them to sow their seeds of intolerance unchecked by proper democratic debate and led to much of the feelings of powerlessness and ultimately anger that spilled over in the EU referendum.

It’s clear that the democratic status quo is certainly no longer functioning, the strongest argument for keeping the first-past-the-post system is that it creates stable majority governments. But we have essentially been in a state of perpetual coalition since 2010 apart from a brief interlude from 2015-2017 where Cameron’s Tories had a majority. The two big parties have splintered and their broadchurch views have now become extreme factions that make them unfit for being in government unchecked. We need a system where everybody’s voice is heard so that our Parliament and Government better represents the people it is there to serve.