This however, due to the entire of London electing from a single party list - it differs from a typical election as instead of target ward. And for that reason we decided to head towards Shaklewell for the day. I can say from the bottom of the heart of the nine years being in the party (I have been a party member since I became an adult) that responses have never been so positive: many of the residents - most passionate Remainers - were cheering for us as the team was passing by. 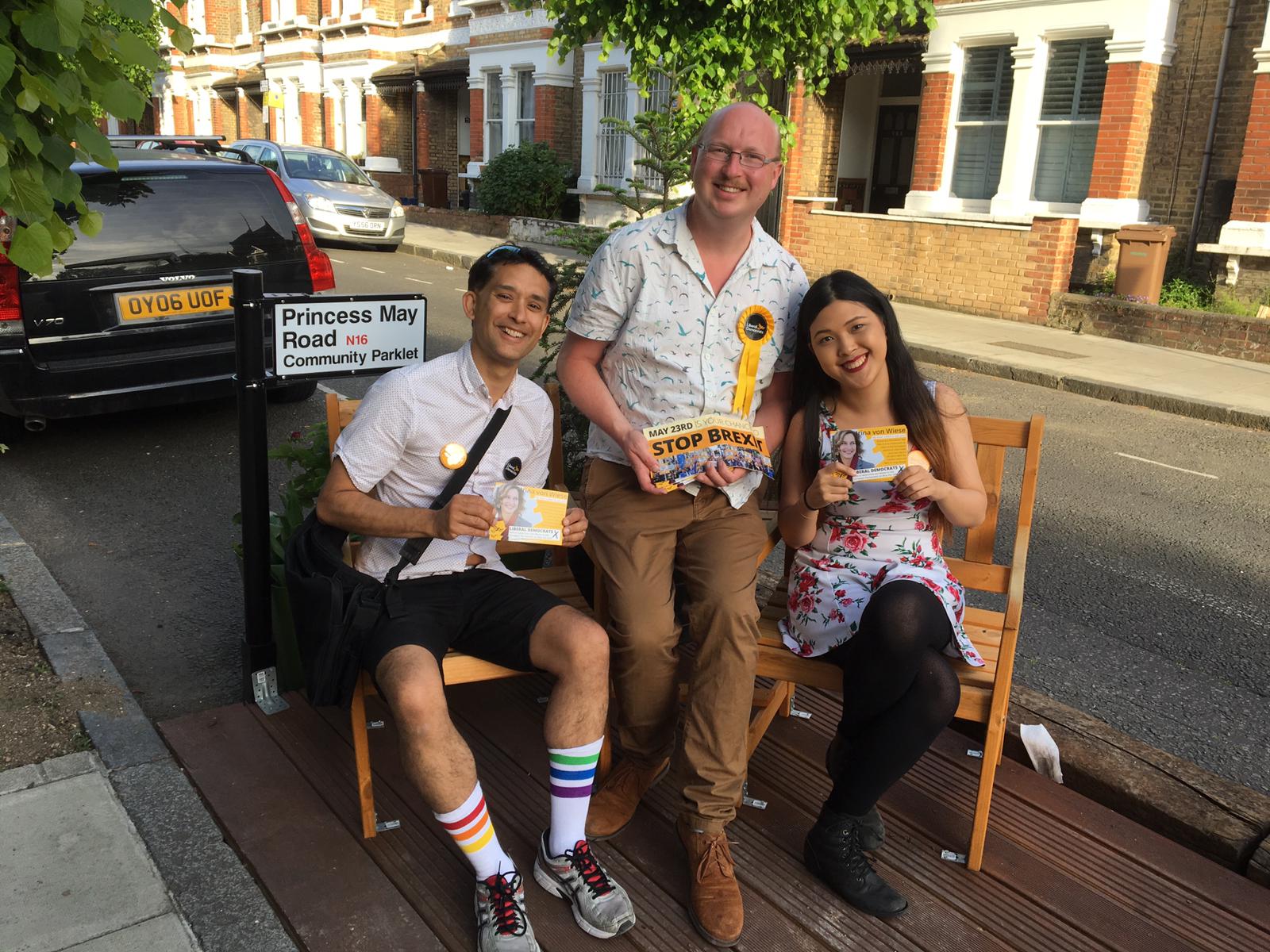 Having a wee break with our parliamentary candidate Dave Raval and campaigns extraordinaire (and London assembly candidate) Ben!

This was the #TeamHackney family shot (yes, the Lib Dems are indeed a family) at 8:30 pm. We were all pretty knackered at this stage but also energised from a sense of hope! I will treasure this photo with tremendous pride. 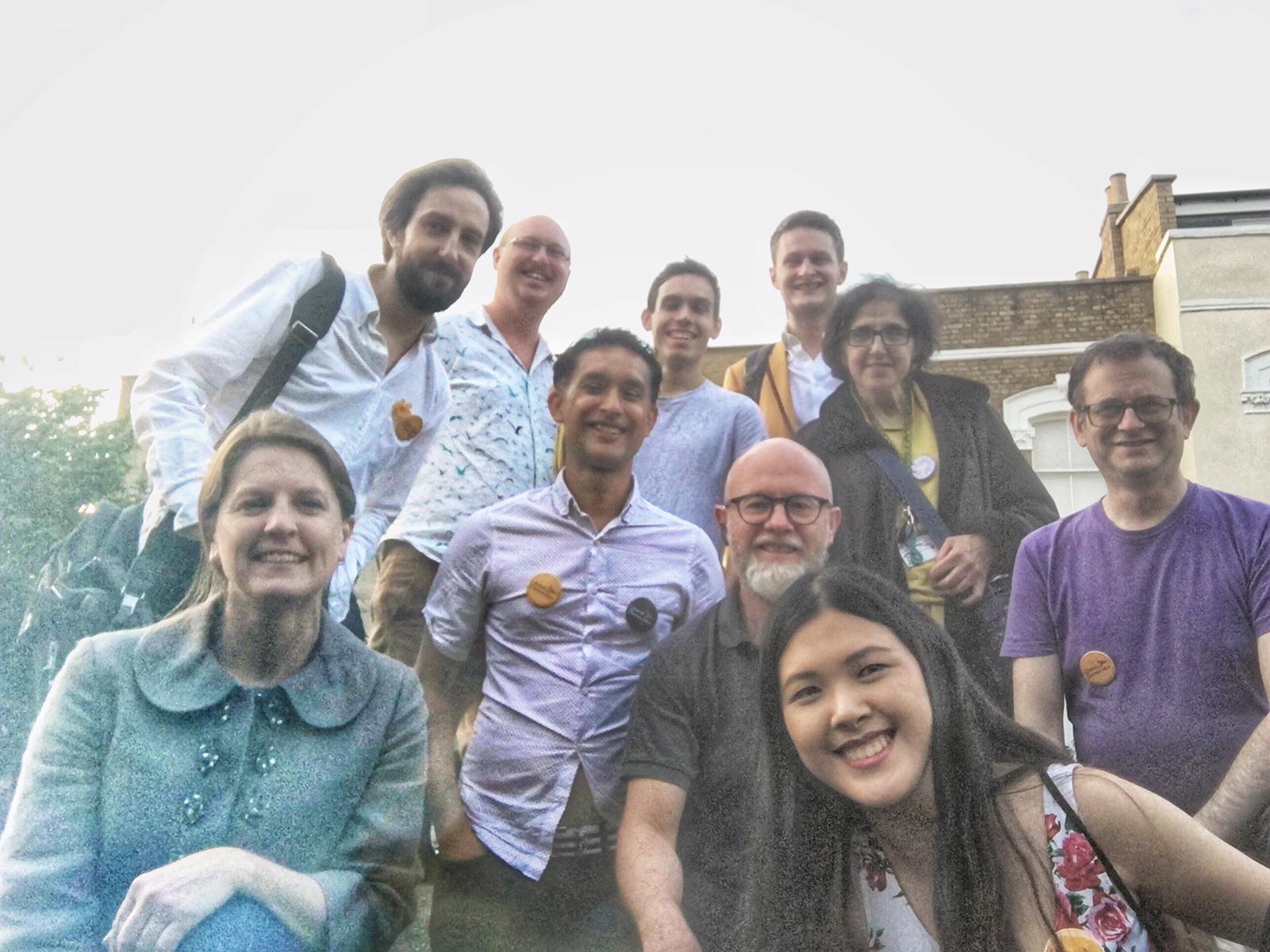 (P.S. Our hard work paid off - we managed to get three MEPs elected and in a local perspective, quadrupled the Lib Dem vote in Hackney! As the diary manager of London Euro candidates I am especially proud of all of them - here's a photo of us with our London mayoral candidate Siobhan Benita, Tom Brake MP and all candidates before the announcement of results!) 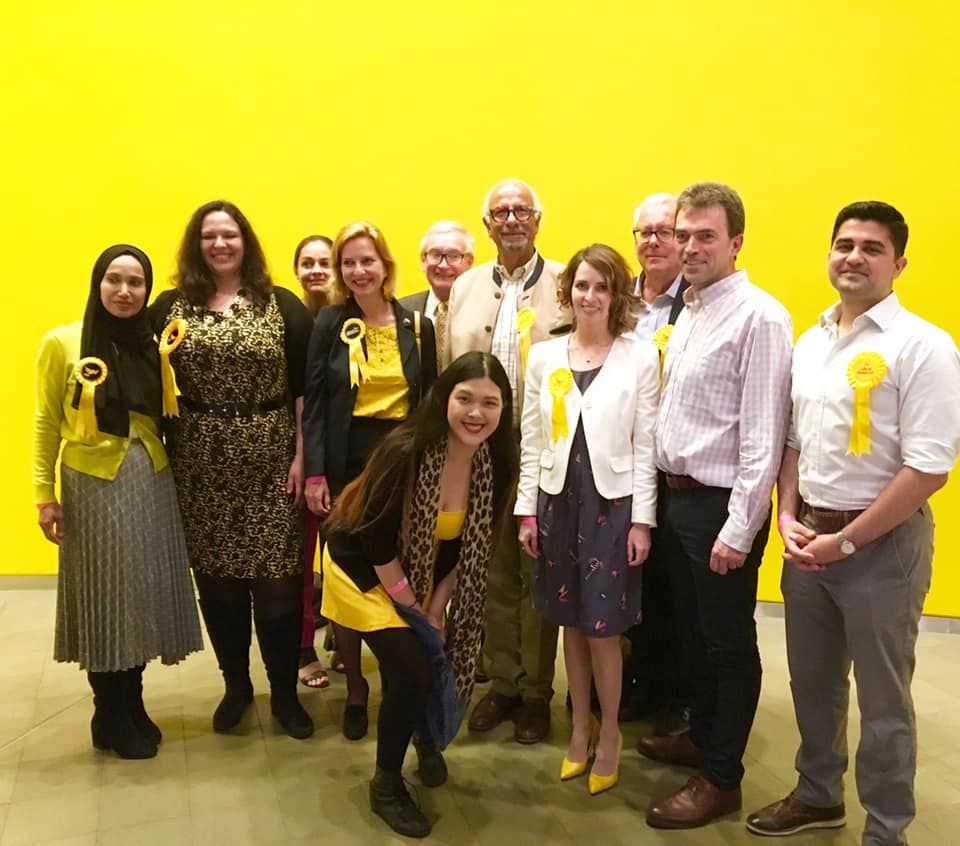