Pride Weekend 2019: A Humbling Learning Journey As An Ally

This weekend with the organisation by London region Lib Dems / LDCRE (Liberal Democrat Campaign for Racial Equality, an organisation within the party that advocates for equal racial representation in politics), I have the delight and honour to attend two events I have always wanted to participate for ages: Pride and Black Pride. 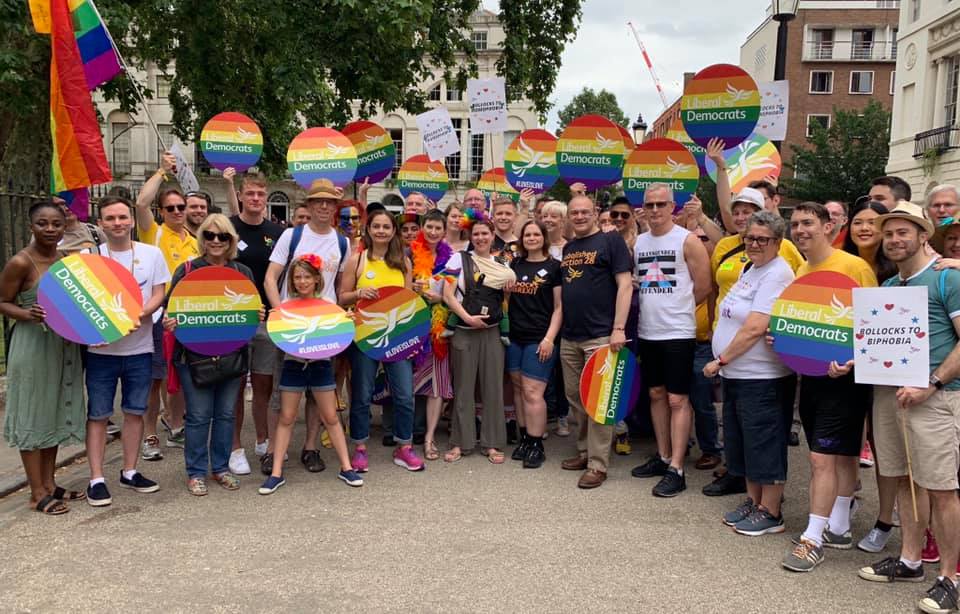 As an ally, this weekend has been a humbling experience. At Saturday's Pride, the Lib Dem family - gay or straight, trans or non-binary, MPs, Lords, and MEPs, councillors and activists all came together to shout loud and proud in solidarity to equality. This is one of the reasons why I love being a Lib Dem: for all the "broadchurch" on various issues, we are unequivocal on our aim to #StopBrexit and LGBT+ equality. Our very own Hackney's London Assembly candidate, Ben Mathis, was leading the chant "Bollocks To Brexit!" to the delight of a very receptive London crowd - the enthusiastic reception was brilliant and our message is clear - London is a Remain city! 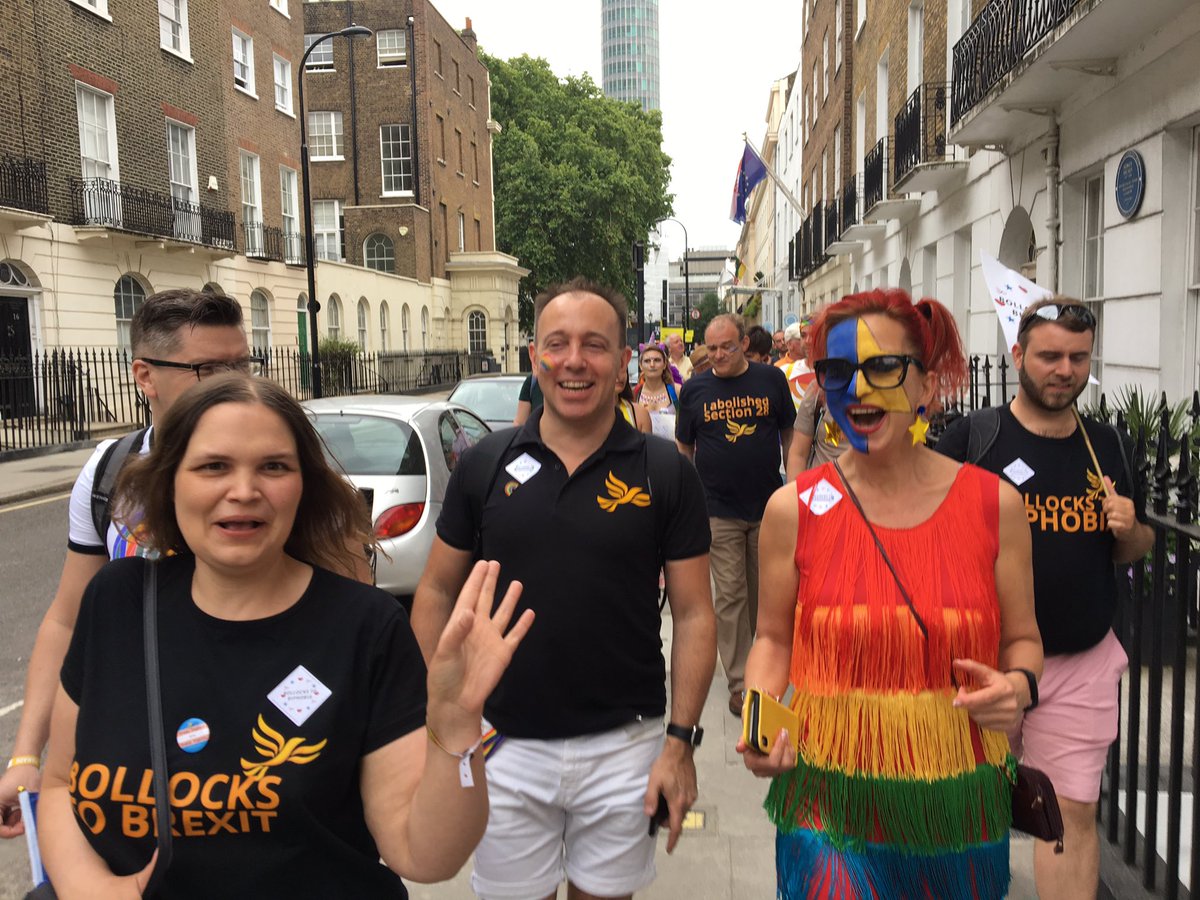 Above: Can you still recognise our newly elected MEP Irina von Weise? 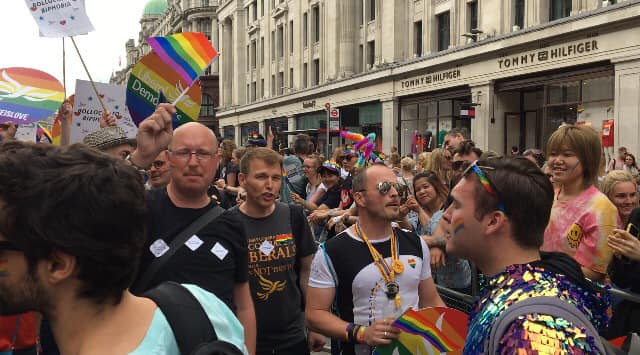 This year's Black Pride took place at our home turf - Haggerston Park - on Sunday! The vibe was really different than Saturday - it felt like a festival, with reggae music, rice and peas... and stalls from organisations such as Terence Higgins Trust, which I learnt from Ben that does vital work in HIV+ research and PrEP advocacy (Lib Dems are the first party to campaign for access to PrEP for LGBT+ community) and others. 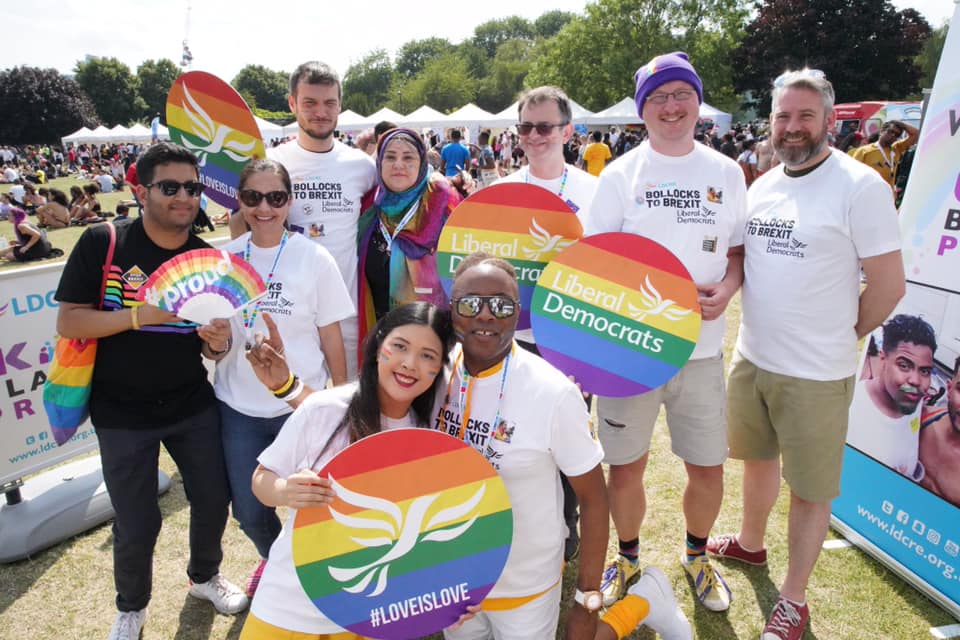 Group photo! So great to see our former Parliamentary candidate Joe Richards back in the fold! (Photo credit: John Russell)

Lib Dems definitely got the fun factor right (#TeamHackney had a whale of a time assisting LDCRE)! Roderick (the chair) were giving out free drinks, people LOVED our "Bollocks to Brexit" t-shirts, people were signing up immediately to be party members. Pauline Pearce (Hackney Heroine and former Hackney mayoral candidate) and Joe Richards (former MP candidate for Hackney North) and others were dancing to the music beats! But on a serious note, it was a learning journey from Ben and Geoff (our diversity officer) that it is so important for events like this because BAME communities suffer an extra layer of stigma and discrimination within the LGBT+ community. It was also worth commemorating at the 50th anniversary of Stonewall riots that BAME trans community activists, such as Marsha P. Johnson, played a major role in this. Personally, it was humbling to meet Nadya, and learning her journey into accepting both her LGBT+ and Muslim identities. 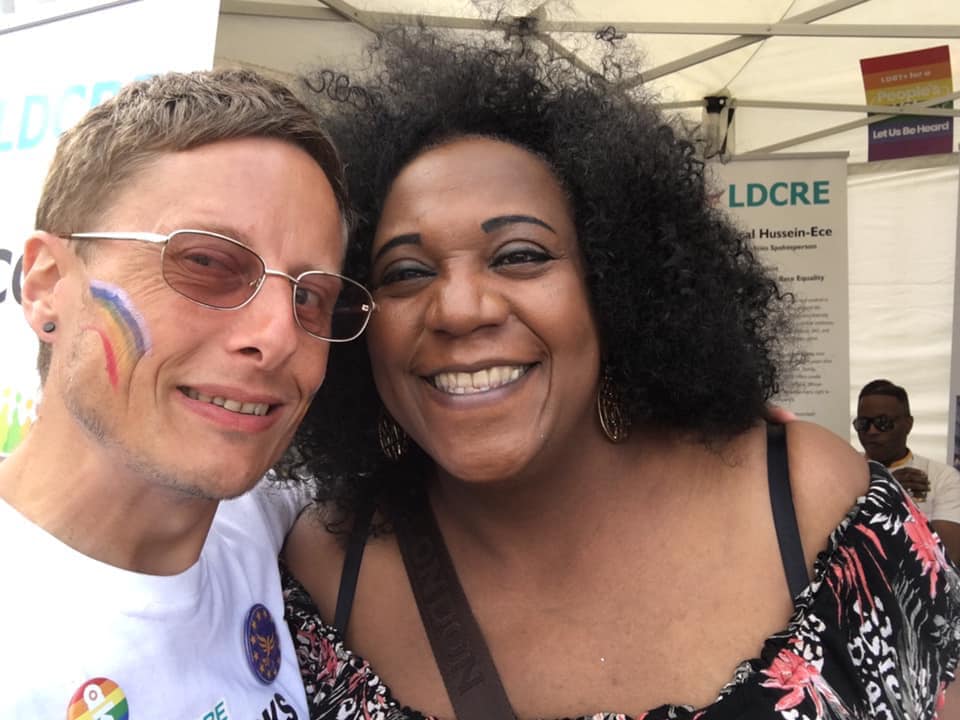 The weekend was fun - and yet sobering.

So much progress has been achieved (our very own Ed Davey MP was instrumental in abolishing the hateful Section 28) - but there is still so much more to do to tackle homophobia, biphobia, and transphobia (Bollocks to them all!), and Lib Dems will continue to be at the forefront of combating bigotry and hate in our society.