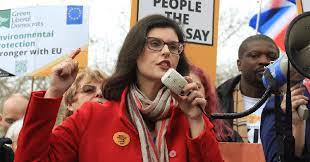 Boris Johnson’s Brexit deal has been exposed for the scam it always was - and last month Lib Dems pledged to clear up the Tories’ mess and rejoin the European Single Market.

“Countering the grave threat posed by Putin means we must stand tall with our European allies instead of needlessly antagonising them, while working closely together on issues like energy security, trade and helping Ukrainian refugees.”

The four-stage plan includes re- engaging with Europe in areas like education, asylum and food standards, before restoring a proper free trade relationship with the EU.

“The Lib Dems have always had the most positive approach to Europe,” says Cazenove campaigner, Darren Martin, who joined the party after the 2016 referendum.