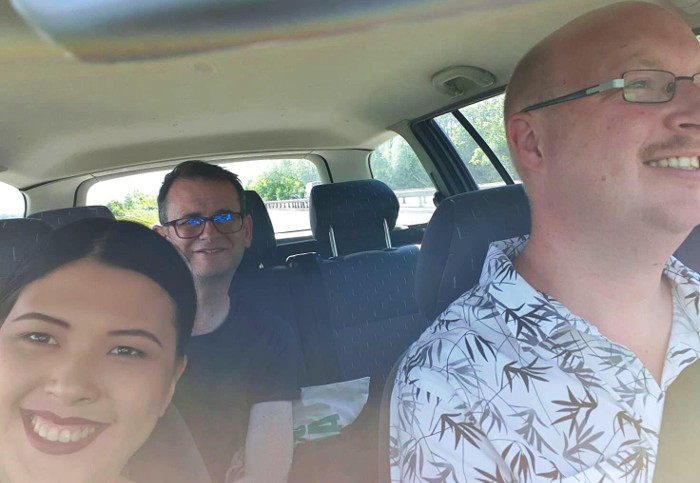 In the local elections on May 2nd, Liberal Democrats took control of Chelmsford City Council and I don't think it's exaggerating to say that having Team Hackney come to visit the weekend before poll made all the difference!

So with a parliamentary by-election in Peterborough just days away, we decided to try and repeat the magic by lending our support.

This is no ordinary by-election.

First of all, because it is the first one to be successfully triggered by a recall petition. Former Labour MP, Fiona Onasanya was convicted of lying about a traffic offence, but clung onto her seat because the prison sentence wasn't long enough to automatically remove her. That is, until over 19,000 of her constituents signed a petition to strip her of the seat - hence this election for a new MP.

Secondly, this is the first parliamentary election to be contested by the Brexit Party. 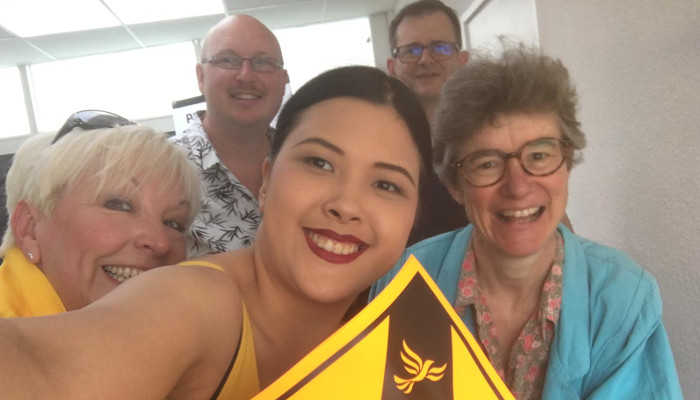 So the first thing we saw as we arrived in central Peterborough was a crowd of Faragistas in aqua blue rosettes (I liked that colour so much better when Lib Dems used to use it!) - and one carrying an eight-foot cardboard cut-out of Great Britain covered in Brexit slogans - swarming all over the road.

The next thing we saw was much more enjoyable - at the by-election HQ we were met by two newly-elected Lib Dem MEPs for the East of England, Barbara Gibson and Lucy Nethsingha, plus the very impressive candidate, Beki Sellick who, being an engineer in the rail industry and very keen on sustainable transport, really spoke my language! They were really pleased to see us and we got a great welcome. 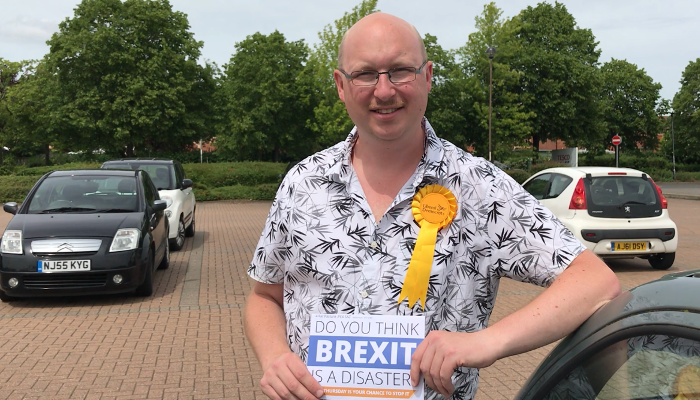 Our day of activism mostly involved leafleting in Werrington, whose road layout we found baffling, but where the pedestrian and cycle ways looked good, which is something I always look for. Between our team of three, we got through six bundles of delivery and addressed a stack of envelopes back at the base before we left. It wasn't much, but I hope we made a difference and helped Beki and her team get a good result on Thursday.

On top of all that, there was plenty of time on the journey for intense political debates between Ruby, Geoff and myself - Jo vs Ed, public vs private and what amounted to a political version of "shag, marry, kill" involving members of Change UK.

A word of warning though - if you go campaigning on the hottest day of the year, remember to cover up and stay hydrated. Not everybody did!