It has been widely rumoured that Opposition MPs and pro-Remain Conservatives could win a Vote of No Confidence and take control of the House of Commons agenda to prevent Britain leaving the EU without a deal at the end of October.

The Government's plans appear to be simple - if Parliament is shut down, no votes can take place and Boris Johnson cannot lose. 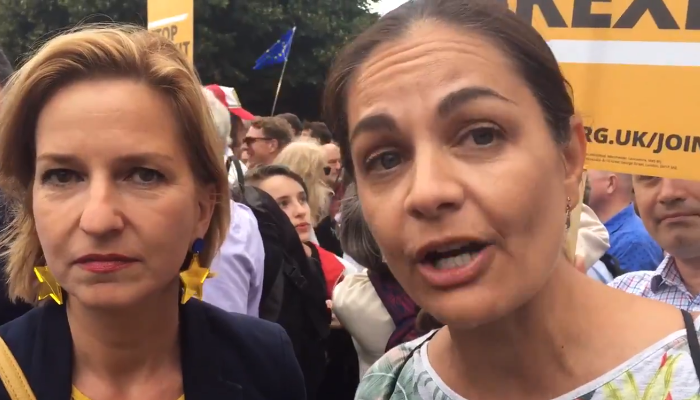 Lib Dem MEP, Irina von Wiese and Mayoral Candidate, Siobhan Benita were among those who joined protests in Parliament Square on Wednesday after the PM officially sought approval from the Queen to prorogue Parliament.