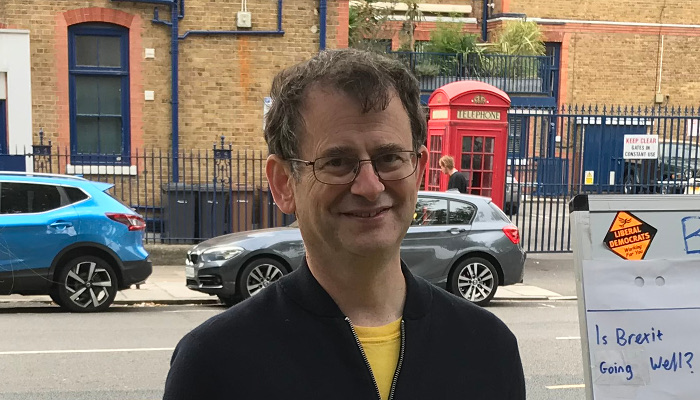 "to work with other portfolio-holders, party members and the wider community to assist the Local Party to be inclusive of people who share our values no matter what their background.

"to monitor and help improve the diversity of the Local Party membership, candidates and office-holders and engage with individuals and communities of all genders, ethnic and national backgrounds, religions, sexual orientations, gender identities, disabilities, social and class backgrounds."

Reaching out to the Community.

Hackney is one of the most diverse boroughs in the country - maybe the world - so it's really important that we connect with groups and individuals from a wide variety of backgrounds. The Diversity & Inclusion Officer's role is to help the local party reach out and include liberally-minded people from underrepresented groups including women, disabled people, ethnic minority and LGBT communities.

Reaching out to every possible part of Hackney for us is Geoff Payne. At a young age, Geoff became very concerned about the environment long before it was fashionable and decided the best thing to do about it was to join the Liberal Party, which he eventually did at college in 1983. He now lives in Hoxton, where he spends not nearly enough time on his allotment, and is active in a number of Lib Dem political groups including the left-leaning Social Liberal Forum. Recently, he has worked a lot with former mayoral candidate, Pauline Pearce organising diversity events.

The Diversity & Inclusion Officer's term runs from 1st January to 31st December and elections take place at the local party AGM, usually held in October or November. Any local party officer can be appointed to stand in for the Chair if he/she is unavailable and, as such, all officers are also Vice Chairs.