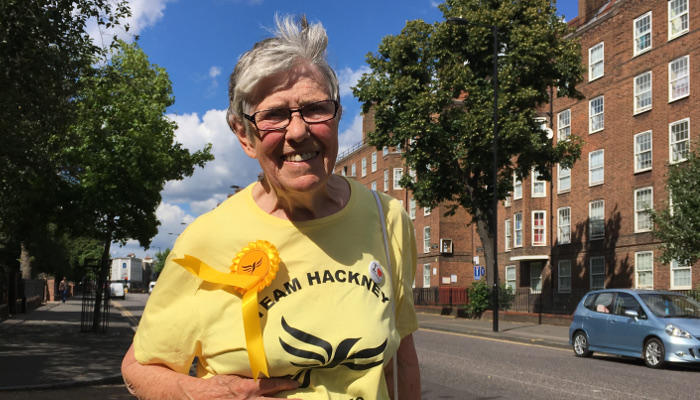 As the title suggests, President of the local party is an honorary position awarded to someone who has given great service to the party and who offers support and advice without any formal duties.

In some local parties, the President might be a national party figure like an MP or member of the House of Lords who offers to mentor the local team. Other local parties honour someone local who has worked long and hard in their borough or constituency.

In Hackney, we very definitely went with a local hero!

The ceremonial role of Hon. President this year (and as far back as anyone can remember!) is held by Sylvia Anderson.

Sylv was a councillor for Clissold ward from 1998-2002, but has been a stalwart of local campaigning since the 70s. She's forgotten more about campaigning than most of us will ever know and she remains the fount of all local Lib Dem knowledge.

Before retirement, Sylvia was a Homelessness Officer for the local council.