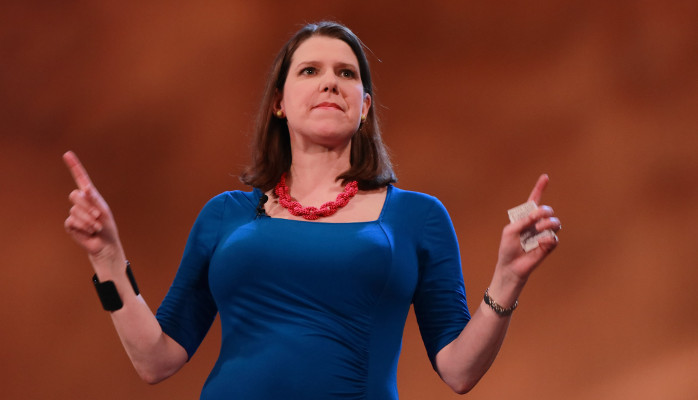 The Leader of the Liberal Democrats is the main public face of the party in parliament, the media and the country. They are elected by all party members in a one-member-one-vote ballot.

Although the Party Leader does not have the power to decide or change policy by themselves, they still have the ability to voice their opinion and lead the party - especially on issues that crop up suddenly.

Party rules state that the Leader must be an MP and at least 10% of Lib Dem MPs must nominate a candidate for them to be eligible to stand.

Jo has been a life-long campaigner on the environment and equality, inspired by activists like Anita Roddick of the Body Shop.

In 2005 he became the youngest MP in the Commons - winning her home constituency of East Dunbartonshire from Labour. Once in Parliament, Jo became a strong voice articulating the Lib Dems' opposition to ID cards and the Iraq War.

Her passion for promoting wellbeing and gender equality came to the fore when she served for three years as a junior minister for Business in the Coalition government. During this time she introduced shared parental leave and new measures for flexible working and she pushed forward the introduction of gender pay-gap reporting. She also clamped down on payday lending and employers not paying workers the minimum wage.

After a decade in politics, Jo lost her seat in 2015. Never one to stand around, she went on to set up her own business and wrote her book Equal Power, before regaining her place in Parliament in 2017 and becoming the party’s Deputy Leader.

Jo is a mum of two young boys – Andrew and Gabriel – and married to former Lib Dem MP and anti-corruption campaigner Duncan Hames.