Meg Hiller, the MP for Hackney South & Shoreditch has been recently very quiet on Brexit but she has told constituents in letters that Brexit could not be stopped, so we should make the best Brexit deal possible.

Meanwhile, even this week, Hackney North & Stoke Newington MP, Diane Abbott, has stated she looks forward to leaving the Single Market and ending Freedom of Movement.

However, the European Court of Justice ruled this week that the UK could unilaterally revoke article 50 without needing the permission of any other member state. This now gives a clear route to a referendum on the Brexit deal and makes the option of remaining possible. 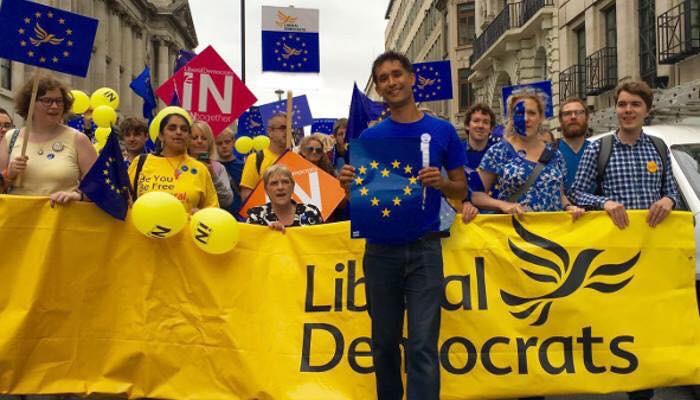 “We have an unacceptable situation in Hackney where both MPs do not back a People’s Vote. Meanwhile, despite lots of local Labour parties across Britain publicly calling for a People’s Vote, Hackney’s Labour Mayor and Council, scared of upsetting the Labour party nationally and being deselected locally, have kept their heads down and refused to pass a motion to support that.

“The Liberal Democrats have consistently opposed Brexit and we strongly call for a People’s Vote to let the UK decide whether to accept Theresa May’s deal, or to stay in the EU after all.

“Labour officially backs Brexit and we call upon our local Labour MPs and councillors to defy their party line and instead publicly stand up for the people in Hackney, who overwhelmingly want a final say on the Brexit deal.”