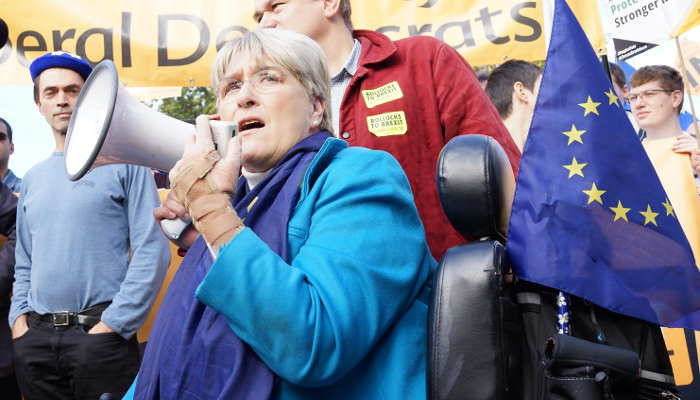 The Party President chairs a number of party bodies, including the Federal Board - the committee in charge of overall management of the Liberal Democrat party. He or she is directly elected by the party membership and is often referred to as a "shop steward" for members - directly connecting ordinary Liberal Democrats to the centre of decision-making.

The Party President is elected for a three year term (previously two) and is next due to be elected in Autumn 2019.

Sal has had a long career in television and finance as well as serving the party in numerous offices over many years. She was a Cambridgeshire County Councillor from 1993-2004 where she was cabinet member for Education and subsequently Opposition Leader. She received a life peerage in 2011 and now sits in the House of Lords.

Herself a wheelchair user, Sal has been a vocal advocate of disability rights alongside campaigning on issues such as LGBT equality, combating bullying and introducing tougher laws against stalking.

There is also a new Vice President whose role will be to promote and advocate for racial diversity.