The Triumphant Return of the Brexitometer!

I'm usually a bit sceptical of opinion polls when they show big jumps, so when ComRes came out this weekend putting the Lib Dems in second place in London on 22% I took it with a pinch of salt - but I've just had a really extraordinary afternoon in Stoke Newington with our famous Brexitometer! 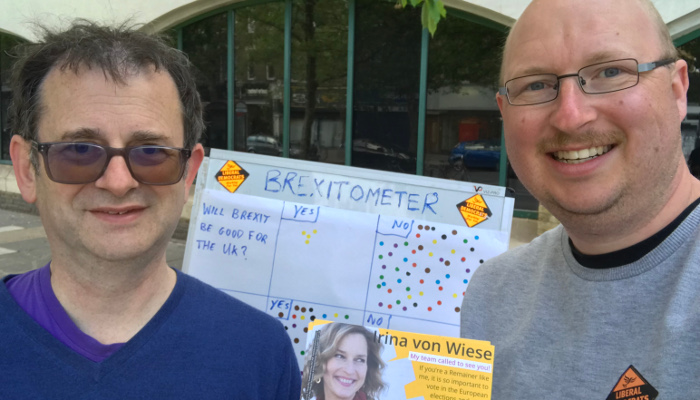 If you haven't seen a Lib Dem street stall, the Brexitometer is a way we like to engage passers by to show us what they think about Brexit by putting stickers on the board - everyone loves stickers!

Obviously in a heavily Remain borough like Hackney, we always get a good reception, but it's often been tempered by people saying things like "I agree with you guys about Brexit but I'll probably still vote Labour" or "I don't really like Corbyn... but we'll see..." 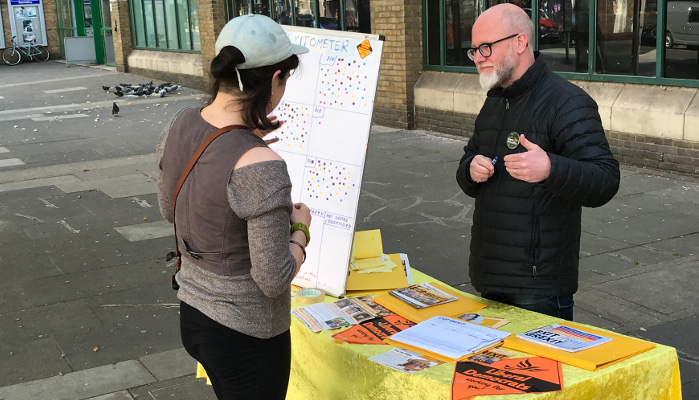 But it's different now. Today I met loads of people who feel totally betrayed by Labour and are ready to do something about it by voting Lib Dem. For once I believe it when ComRes says we're just 2% behind Labour in London with the Tories crashing down to just 8% level with the Greens.

We just have to make sure as many people as possible hear our message before the Euro elections on the 23rd!