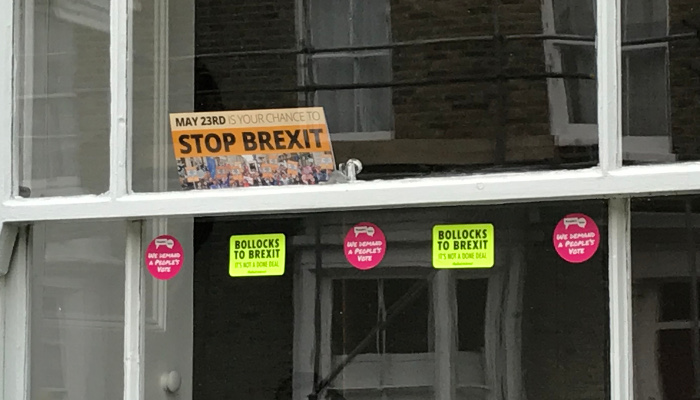 Teresa, Geoff and I were out in London Fields leafleting houses around Malvern Road. I went down one side of a street delivering and by the time I came back up the other side, one person had already stuck our leaflet in the window!

But that wasn't all - a lady stopped me in the street and asked for a leaflet: "I'm just going to visit my friend and I'll put this in with her birthday present." she said!

My leaflets are good, but I've never thought of them as something I'd give as a gift! 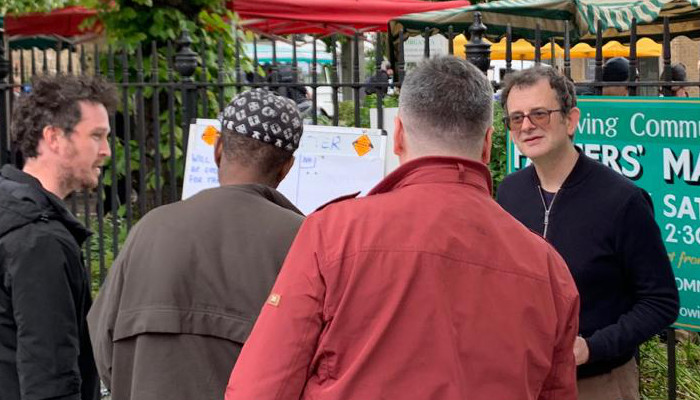 Outside the Farmers' Market in Stoke Newington, people were just crowding around the Brexitometer, keen to have their say and talk to us about how angry they are about Brexit and how betrayed they feel by Labour failing to stand up for Remain voters. Needless to say, lots of people volunteering unprompted that they will be voting Lib Dem this time.

Irina's story really seems to make an impact too - "She's a lawyer, she's a woman and she gets what it's all about," as one woman summed it up! 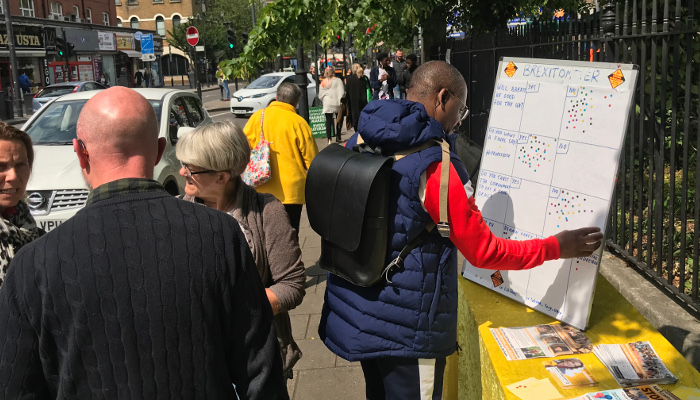 Which brings me to Sunday, when we went canvassing down Leswin Road, Bayston Road and nearby streets in Stokey and again the response was amazing. It's no secret that a few years ago Lib Dems were getting doors slammed in our faces (and worse) by Labour supporters. This weekend it was hard to find a Labour voter.

Even on the Smalley Estate, which on paper should be wall-to-wall red, although there was clearly less interest in the election overall, only one person told me they were voting Labour!

Don't get too excited. There's a lot of work to do before Lib Dems can storm to victory in Hackney, but Thursday will see more votes in the box for us than we have seen for a very long time!

No wonder the team look so happy. 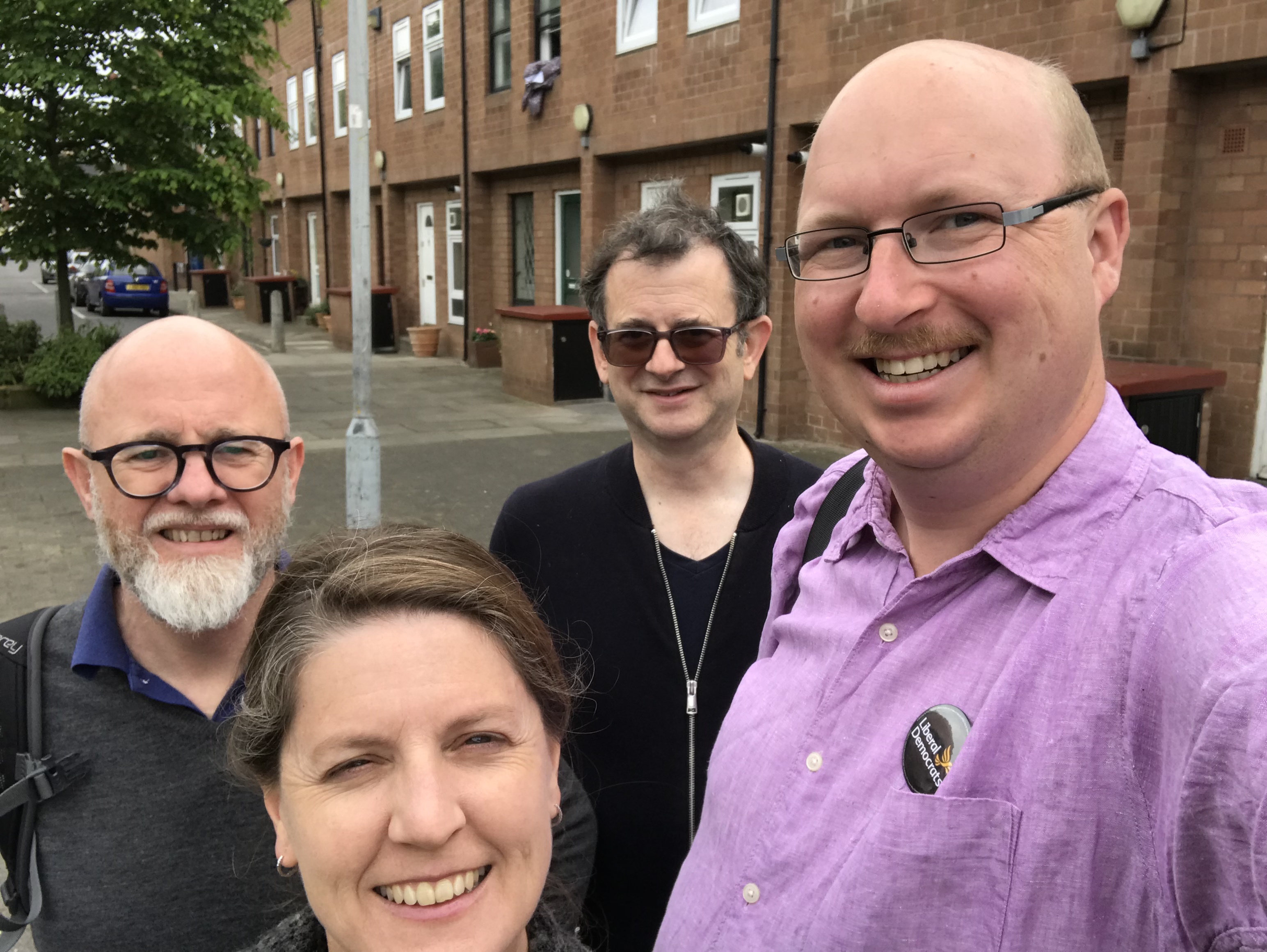