Hackney Lib Dems are calling on local rail bosses to install lifts at Dalston Kingsland when the station is refurbished later this year. The station is Hackney's busiest - and the second most used Overground station in London - but currently has no step-free access.

"Hackney Heroine," Pauline Pearce, who is also a Lib Dem candidate for the London Assembly elections in May, says this is just not good enough. She has launched a petition and is encouraging Hackney residents to sign up online. 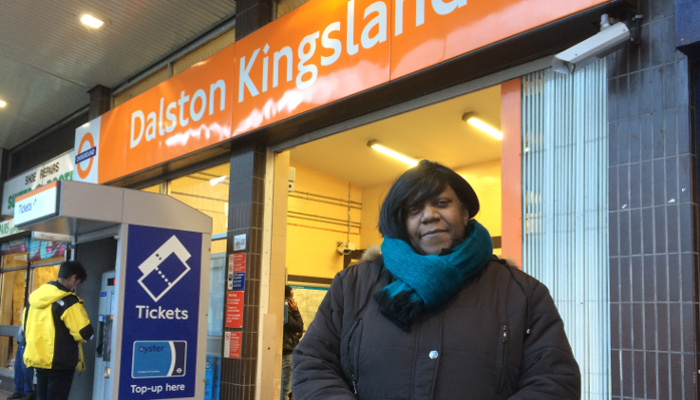 "All day, every day people stream through Dalston Kingsland on their way to work, to the market, to the shopping centre and beyond - which is why TfL and Network Rail are working on expanding it," says Pauline. "But what about those of us who have difficulty using stairs? The elderly or disabled? Mums and dads pushing buggies? People carrying luggage or heavy shopping?"

Dalston Kingsland is among several local stations due to receive upgrades to cope with growing usage of the Overground, but despite being at the heart of Dalston's shopping and entertainment district as well as serving thousands of local commuters, plans drawn up by Transport for London and Network Rail do not include making the station fully accessible.

"Disabled access to the railway has improved immeasurably since the Overground started," says Hackney Lib Dem Leader, councillor Ian Sharer, "but Dalston Kingsland is still the weak link in the chain. To put in all the proposed money and effort and still end up with a station that is inaccessible to wheelchair users and difficult to use for parents, the elderly or people with heavy shopping would be ridiculous."